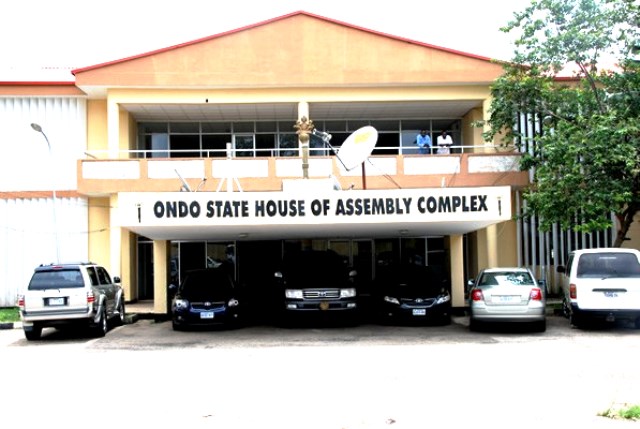 
FOLLOWING the removal of Iroju Ogundeji as the deputy speaker of the Ondo State House of Assembly, nine other lawmakers have kicked against his impeachment, saying that it was unconstitutional.

Jamiu Maito representing Irele State Constituency and Ademola Edamisan said this on behalf of other seven lawmakers on Wednesday in Akure, the state capital.

The lawmakers argued that the process to Ogundeji’s removal contravenes the constitutional provision of the Constitution of Federal Republc of Nigeria that states that a two-third majority of the House must vote before the impeachment is valid.

“The section 92 sub 2C of the 1999 constitution of the Federal Republic of Nigeria as amended requires a two-thirds majority and the provisions of the standing order of the House for the impeachment of the Speaker or his Deputy,” the lawmakers argued.

The lawmakers said the motion for the impeachment of the deputy speaker was never moved in the House plenary.

“There was no place during a sitting of the Assembly either at the plenary or parliament where the decision to remove Ogundeji took place,” the lawmakers said.

One of the lawmaker who is outside of Nigeria, Akingbaso, representing Idanre State Constituency in a letter addressed to the leadership of the Assembly faulted the impeachment of the deputy speaker.

Akingbaso said before he left the country, he was not aware of such motion being considered in the House.

He added that he has also contacted his colleagues who confirmed to him that such motion was never moved in the House plenary.

“That to the best of my knowledge, that before I traveled out of the country, there was no time that the impeachment of the Deputy Speaker, Rt Hon, Iroju Ogundeji was discussed either at the parliamentary or plenary.

“And I have also contacted my colleagues especially the eight lawmakers who dissociated themselves from the plot to impeach the Deputy Governor, Hon Agboola Ajayi and they have also affirmed that nothing of such happened since I traveled out of the country,” Akingbaso said.

Ogundeji was removed on Tuesday according to Gbenga Omole, the Chairman of the House Committee on Information.

Omole confirmed that 20 out of the 26 members of the House signed the impeachment notice of the deputy speaker.

Earlier in June, the nine lawmakers had stood against the impeachment of the state’s deputy governor, Agboola Ajayi who eventually contested abnd lost in the polls to his former boss and incumbent governor of the state, Rotimi Akeredolu.

Governors express concern over disappearance of police from…