Major international airlines cancel flights to the US on 5G launch 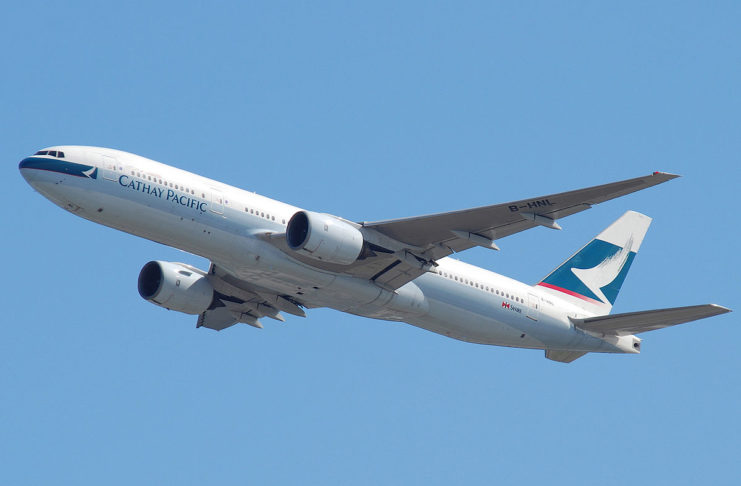 MAJOR international airlines rushed to cancel flights to the United States ahead of a 5G wireless rollout on Wednesday despite two wireless carriers, AT&T and Verizon, agreeing to a partial delay in activating their 5G networks.

The planned launch of 5G networks has raised safety concerns worldwide, with airlines saying the rollout could lead to travel chaos.

Emirates airline is one of several aviation companies that declared it would suspend flights to several US destinations as of 9.01 a.m. on Wednesday.

The world’s largest operator of the Boeing 777, Dubai’s Emirates, said it would suspend flights to nine US destinations from January 19, the planned date for deploying 5G wireless services.

In a statement released in Dubai, Emirates said due to operational concerns associated with the planned deployment of 5G mobile network services in the US at specific airports, it would be suspending flights to the following US destinations from January 19, 2022, until further notice: Boston (BOS), Chicago (ORD), Dallas Fort Worth (DFW), Houston (IAH), Miami (MIA), Newark (EWR), Orlando (MCO), San Francisco (SFO) and Seattle (SEA).

Emirates said customers holding tickets with the final destination to any of the above would not be accepted at the point of origin.

Emirates said it regretted any inconvenience caused and was working closely with aircraft manufacturers and the relevant authorities to alleviate operational concerns. They hope to resume US services as soon as possible.

The ANA said it was cancelling or changing the aircraft used on some US flights. The JAL said it would not use the 777 on US mainland routes “until safety is confirmed,” according to a notice to passengers reported by airline publication Skift.

Korean Air said it had switched away from 777s and 747-8s on six US passenger and cargo flights and expected to change planes used on another six flights on Wednesday.

Delta Air Lines Inc. said Tuesday evening that it was planning for the possibility of flight cancellations in certain weather conditions as soon as Wednesday, even after the agreement by Verizon and AT&T Tuesday.

“While this is a positive development toward preventing widespread disruptions to flight operations, some flight restrictions may remain,” the airline said. The airline, however, said it would automatically rebook customers.

On Wednesday, Taiwan’s China Airlines said it would reschedule some flights, while Hong Kong’s Cathay Pacific Airways said it would deploy different aircraft types, if needed.

The airlines said they were acting in response to a notice from Boeing that 5G signals might interfere with the radio altimeter on the 777, leading to restrictions.

The 5G rollout has affected flights because telecom giants spent tens of billions of dollars to obtain 5G licences. As the launch approached, aviation industry groups raised concerns about a possible interference with aircrafts’ radio altimeters – which can operate at the same frequencies – particularly in bad weather.

Radio altimeters give precise readings of the height above the ground on approach and help with automated landings, as well as verifying the plane has landed before allowing reverse thrust. Altimeters operate in the 4.2-4.4 GHz range, and the concern is that the auctioned frequencies sit too close to this range.

The 5G networks rely on denser arrays of small antennas and the cloud to offer data speeds up to 50 or 100 times faster than current 4G networks and serve as critical infrastructure for a range of industries.

By 2025, 1.2 billion people are set to have access to 5G networks – a third of them in China, according to the global wireless trade group GSMA.

Unlike the upgrades of cellular standards 2G in the early 1990s, 3G around the millennium and 4G in 2010, 5G standards will deliver faster phone and computer data and help to connect machines, crop equipment, cargo and cars.

THE Lagos State Police Command says it has arrested four suspects over the lynching...
Advertisement