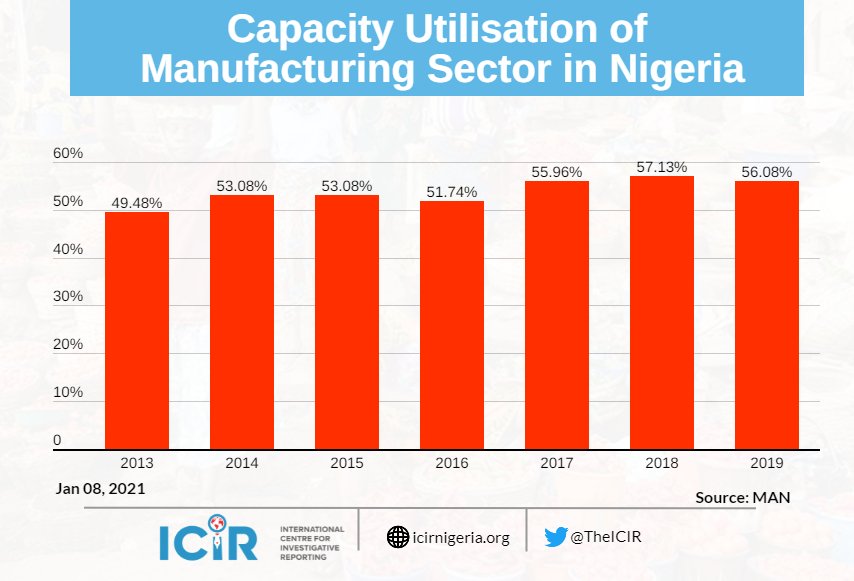 THE Manufacturers Association of Nigeria (MAN) has told the federal government that any attempt to hike electricity tariff will worsen the state of the sector.

In a press release on Thursday signed by its director-general, Segun Ajayi-Kadir, the association said the news of federal government’s directive to the National Electricity Regulatory Commission (NERC) to suspend the implementation of the duly performed minor review from N2 per kWh to N4 per kWh till the conclusion of the Joint Ad Hoc Committee’s work at the end of January 2021 was only a temporary relief.

MAN said even though the increase could be reconsidered during this period, there was no doubt that the NERC was anticipating an increase in electricity tariff before the slight adjustment. “Apparently, the three weeks respite is to accommodate the spirit of the agreement between Labour and the federal government on tariff increase started last year,” MAN said.

“This is why the calls for circumspection and pragmatism in the matter of increase remain relevant. No matter what becomes the outcome of the Ad-Hoc Committee’s work, an increase at this time is ill-timed and not manufacturing friendly,” the statement noted.  MAN said the federal government’s reasons for suspending the tariff should have included consultations with other economic actors, including manufacturers who were major electricity consumers and whose businesses   would be most impacted by the increase.

“As indicated in the previous press release, the sector is already groaning under inclement operating environment, including the debilitating impact of COVID-19 disruptions and deteriorating infrastructures. It is important for us to avoid this additional burden,” the statement further said. In a previous statement, MAN had said that substantial increase in electricity would increase production cost, forcing manufacturers to seek expensive alternative energy sources to meet electricity requirements.

“It will lead to decrease in foreign exchange earnings from the sector as high cost of production feeds into export commodity prices,” MAN also said. The association said it would further reduce capacity utilisation in the sector, leading to GDP decline and large-scale unemployment across the 76 manufacturing sub-sectors.

Nigeria’s manufacturing sector is hard hit by high energy cost due to irregular power supply from electricity distribution companies. Many of them have resorted to self-generated energy such as gas, low-pour fuel oil and coal, with self-generating capacity of Nigerian manufacturers now estimated at 13,000 megawatts, according to MAN.  Members of MAN spent N34.70 billion on alternative power sources in the last six months of 2019, according to a survey done by the association in 2019.

Apart from energy, the state of Nigeria’s seaports has dealt a blow on Nigerian manufacturers. Access road to two major ports in Lagos cannot be easily accessed due to congestion, as the police, the Army, the Navy and the Lagos State government remain incapable of resolving the challenge. The ports also do not have functional scanners for examination of cargoes.

Vicky Haastrup, chairman, Seaport Terminal Operators Association of Nigeria (STOAN), recently condemned manual examination of cargoes at the Lagos port, saying that it was a sad situation. Haastrup, who spoke in Lagos during a virtual conference held in 2020, said, “We have a situation where people must visit the port physically to do Customs documentation and cargo examination before they can take delivery of their consignments. This is inefficient.”

“It is a shame that Nigerian ports do not have quality and functional scanners. That is why Customs relies on physical examination of containers, which drives human traffic into the port. We need to provide these scanners and other automation platforms in order to make cargo clearance quicker. Nigerian ports must operate the one-stop-shop platform if we must compete with other ports in the West and Central Africa,” she further said.

Light at the end of the tunnel

Several manufacturers did not perform well in the 2019 financial year due to COVID-19 restrictions, supply chains disruptions as well as bars and event centres’ closures. Brewers such as Nigerian Breweries, Guinness, International Breweries and Champion Breweries were heavily affected.

However, drug and food makers performed relatively well due to the essential nature of their products. In 2020 half year, Fidson Healthcare, a drug maker, reported a 12 percent rise in sales, from N7.3 billion to N8.2 billion in the corresponding period of 2019. Also, Glaxosmithkline (GSK)’s revenue in the first six months of 2020 rose 5 percent to N10.4 billion, from N9.9 billion the previous year. GSK is a key player in the pharmaceutical industry. For the food category, the revenue of Honeywell Flour Mills rose 39 percent to N26 billion in the second quarter of 2020, from N18 billion in the same period of 2019. Also, within the same period, Flour Mills of Nigeria’s revenue jumped 15 percent to N154 billion in 2020, from N134 billion reported in 2019.

Does Rivers State have the highest number of unemployed…