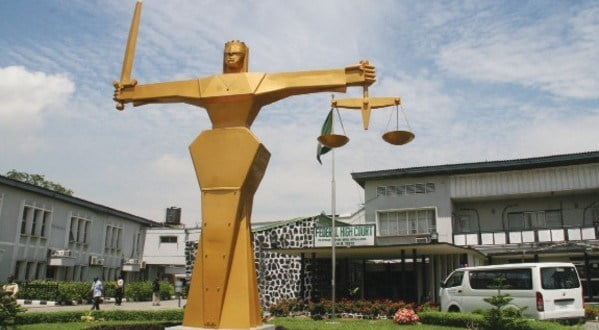 The Chief Magistrate at Court 1, Mushin, Lagos State, Mrs S. K. Matepo, has described as “an exaggeration” online media reports yesterday that a police officer in Mushin arrested and detained her.

The reports had stated that the officer in charge of the Area D Command headquarters in Mushin, Assistant Commisioner Aliko Dankoli, ordered Matepo’s arrest and detention on May 30, 2022.

Matepo was said to have visited the Command on a routine check of suspects in the police cell, based on the Police Duty Solicitor Scheme (PDSS), to decongest it.

Dankoli was reported to be having a briefing with the Divisional Police Officers within the Area D Command when he received information that the magistrate was at the Command on a routine check of the cells.

He was said to have become angry as he got up and ordered her arrest and detention in a cell.

Matepo, who reacted to the matter in a voice note after the media reports, however, said the matter did not escalate in that manner.

She said, “I went on a police visit to Mushin and the Area Commander insisted that I must take his approval or permission before I interrogate the suspects in the cell. I explained to him that I have seen his senior officers who led me to the cell, and that I didn’t think I needed to see him first.

“I said I might come back to him after interrogating the suspects if need be, but he insisted that it shouldn’t have gone that way. But I put it to him that that is the way I do my job and I need not come and take permission from his office.

“I stood my ground that I must conclude my job and his officers are the ones to report to him after I might have finished, or if there is any need for me to see him, I will see him. ”

She added that after the incident, she made an official report to the High Court with an assurance that a formal apology would be tendered.

A statement signed by the Lagos State Police Public Relations Officer, David Hundeyin, said the Mushin Area Commander did not detain, or even attempt to detain the magistrate.

“The Command wishes to state clearly that the story is nothing but fiction. At no time did the Area Commander detain or attempt to detain the magistrate, who was at the Area Command for cell inspection exercise. The police will never engage in such disrespect to the Judiciary.

It added that the judiciary was contacted and that they confirmed there was no such thing.

It stated that its investigation would determine further steps to be taken by the association in wading into the matter.

In a statement signed by its Chairman, Chief Joe-Kyari Gadzama, the NBA-SARC said it would be “preposterous” to think that a magistrate could be humiliated and even detained for carrying out one of the statutory responsibilities of her office as obligated by the Lagos State Judiciary and the Administration of Criminal Justice Law of Lagos State.”

The NBA called for calm from the legal community and reassured that no stone would be left unturned in ensuring justice on the case.

“We continue to condemn, unreservedly, all forms of unlawful arrest and detention and the instant case, if verified, is no different. We are making efforts to reach the said Magistrate, her aides and eyewitnesses, if any, to ascertain the extent, and/or nature of confrontation with the Police on that the said day,” the statement read.

Chat us on WhatsApp
Advertisement
Previous article
How cancer patients are getting funding for treatment in Nigeria
Next article
FCT to spend N1bn on renovation of National Mosque, Christian Centre