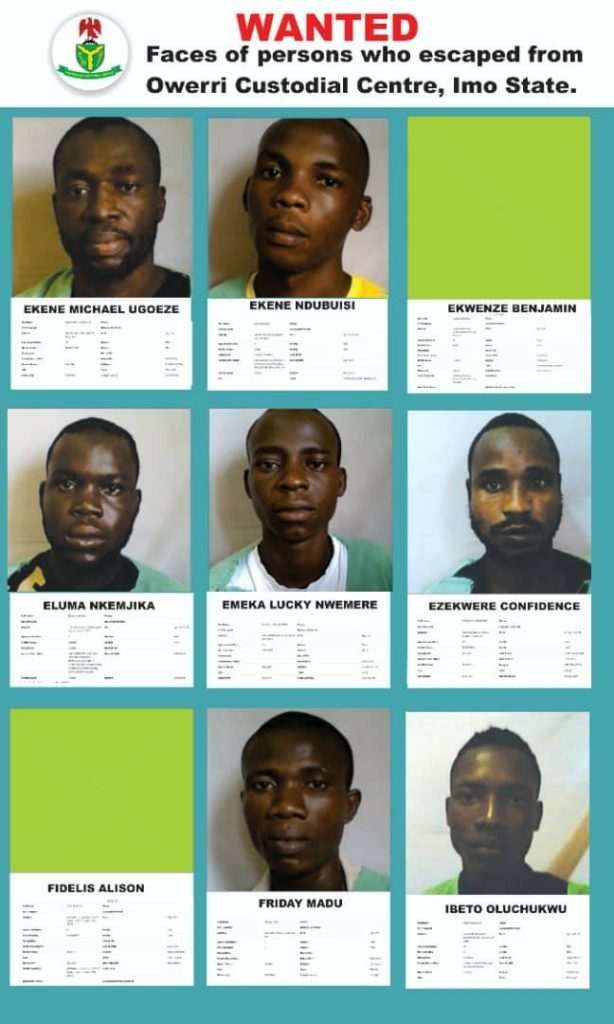 THE Nigerian Correctional Service(NCS) has released the names and photographs of inmates who escaped from the Owerri Custodial Centre, Imo State, on Monday.

The NCoS released the names and photographs on its Twitter page on Friday evening.

It said that more photographs would be subsequently released.

The inmates have also been declared wanted by the NCoS.

“Please note that more photographs of the escapees on the way, and efforts are on to get clear pictures for the black spaces,” NCoS tweeted. 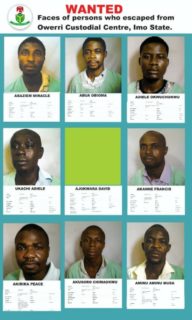 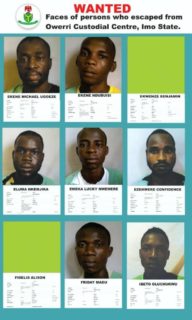 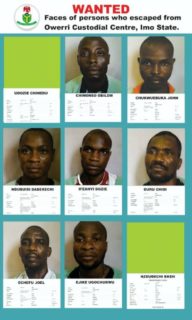 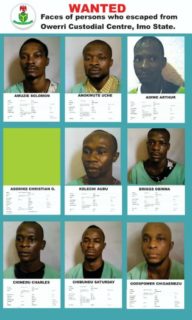 The ICIR had reported how some gunmen in the early hours of Monday razed  Imo State Police Command headquarters.

Some vehicles parked at the command headquarters were also burnt down. It was gathered that the hoodlums further freed suspects in almost all the cells at the State Criminal Investigation Department of the command.

Authorities of the NCoS announced on Wednesday that it had recaptured 48 of the fleeing inmates.

Spokesman of the NCoS Francis Enobore said 11 of them were recaptured by men of the 211 Nigerian Airforce Base, Owerri, while others either came back on their own volition or were returned by their relations, traditional rulers and religious leaders.

Similarly, the Akwa Ibom Police Command announced the arrest one of the fleeing inmates from the Owerri center in a statement on Friday.