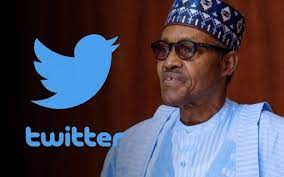 THE Federal Government of Nigeria has said the ban on microblogging platform, Twitter, would be lifted in a matter of days as both parties have agreed to set up a Twitter office in Nigeria.

Minister of Information and Culture Lai Mohammed announced this on Wednesday while speaking with State House correspondents after the Federal Executive Council meeting chaired by the Vice President Yemi Osinbajo.

Mohammed said that progress had been recorded in conversations between the Nigerian government and the platform as both parties had reached a consensus in their conversations.

While agreeing to the proposal of a Nigerian office, Twitter had, however, maintained that the earliest possible date of its establishment was 2022.

The Federal Government had issued a ban on the operations of the U.S-based microblogging site in the country on June 4, after Twitter had deleted a post made by the Nigerian President Muhammadu Buhari.

The tweet, which had threatened civil war treatment on a group of people in Nigeria, was removed due to its violation of the Twitter rules on violent posts and other inciting contents.

However, the government had said that the ban was unrelated to the deleted post but was a result of its use for activities that could undermine the corporate existence of Nigeria.