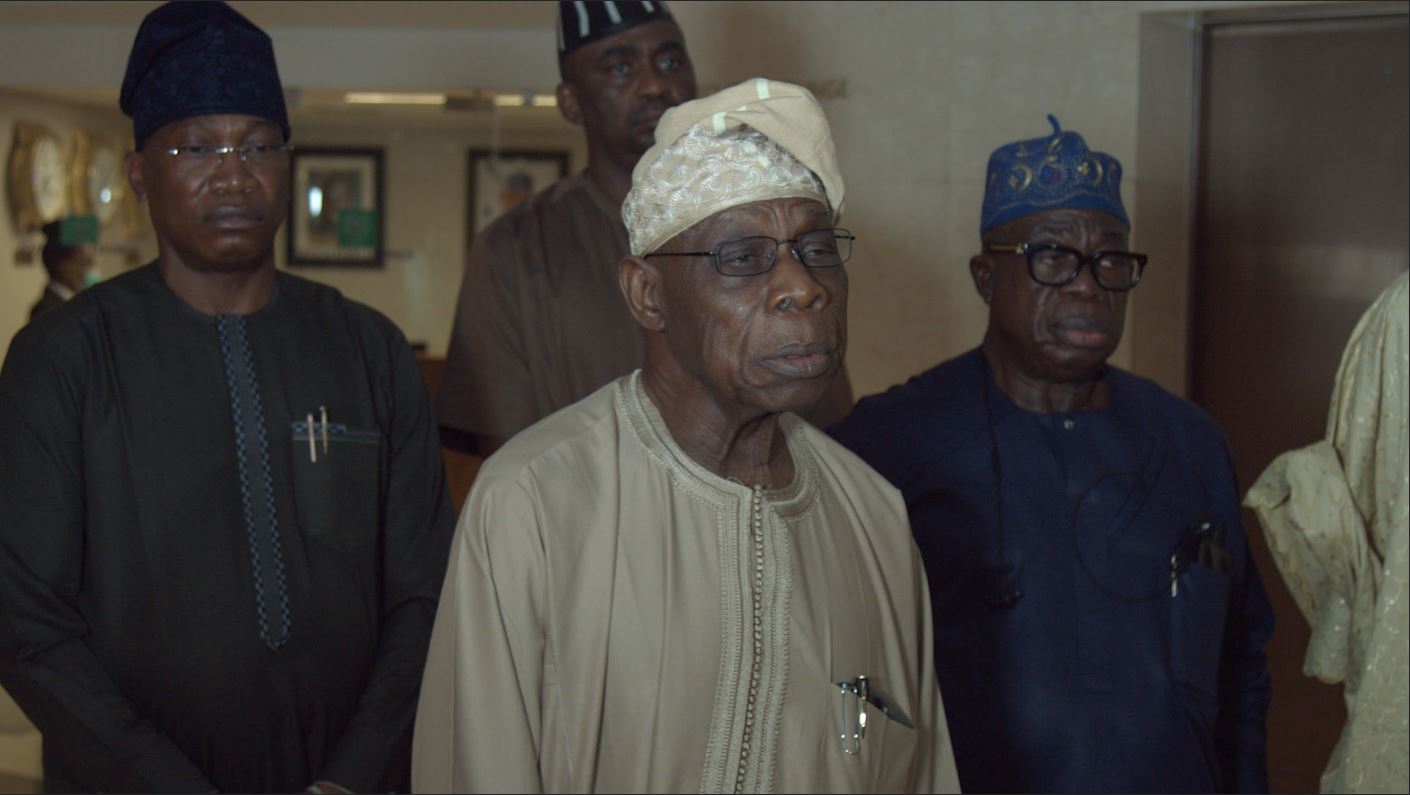 FORMER President Olusegun Obasanjo, on Friday, said that Nigerians would start witnessing positive actions and changes amid tensions in various parts of the country.

The former president said this after his closed-door meeting with  former Nigerian leaders and elder statesmen in Abuja.

Obasanjo, who addressed journalists at the Transcorp Hilton, Abuja, noted that a communiqué was not issued at the end of the meeting because the statesmen would be long on action and short on statement.

He said that the outcome of the meeting would soon be communicated to President Muhammadu Buhari.

“The outcome of our meeting and our request will be made available to the president whenever he is ready to receive us.”

Obasanjo had, on Thursday, convened a meeting with former Head of State Abubakar Abdul-Salam, traditional leaders and other influential leaders in the country.

The ICIR gathered that the leaders had deliberated on issues bordering on Nigeria’s economy, threats to the country’s unity, high rate of unemployment, corruption and development issues.

Obasanjo had stated that those who could not be physically present at the meeting such as former Nobel Laureate Prof Wole Soyinka and former president Goodluck Jonathan had already sent their apologies.

“We started by acknowledging the letter written in response to our own letter informing the president of our meeting and we thank the president for his goodwill message.”

Obasanjo added that the leaders appreciated the fact that Buhari expressed his readiness to make use of the recommendations from the meeting.

The ICIR had earlier reported how Buhari Media Organisation (BMO) claimed that there was a plot by a former civilian president to overthrow President Muhammadu Buhari. The group, however, failed to provide proof of the alleged conspiracy.

BMO, in a statement issued on May 30, claimed that the former president was working with a gang of conspirators operating under the guise of ’eminent persons’ in the country.

The group said its ‘reliable security sources’ informed them that the plot to overthrow the president would be premised on the disaffections in the country through a planned conference of so-called eminent Nigerians.

Against BMO insinuations, the elders meeting held on Thursday showed that Buhari was in full support of the Obasanjo-led meeting.

Obasanjo: I incurred the wrath of ethnic chauvinists for…

Opadokun: Obasanjo picked May 29 as Democracy Day to spite…