OLUWAROTIMI Akeredolu, SAN, candidate of the All Progressive Congress, APC, has won the governorship seat in the Ondo State for another four -year term.

According to the result announced by Independent National Electoral Commission, INEC on Sunday, October 11, Akeredolu in the 2020 governorship election defeated his closest rival Eyitayo Jegede of the People’s Democratic Party PDP with 292,830 votes against 195,791, representing nearly 20 percent lead.

As expected by many observers, both Akeredolu and Jegede recorded a landslide victory in their senatorial districts and local government areas.

Ondo North where Akeredolu comes from, the APC led PDP by 62,621 votes while PDP led by 23,996 votes in Ondo Central, the stronghold of Jegede.

ZLP was in a distant third in each of the senatorial districts including Ondo South, the home front of Ajayi, the current deputy governor. 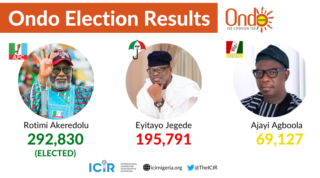 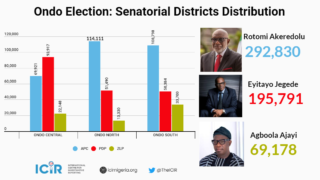 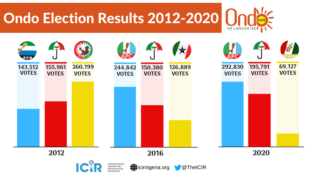 With this number, Akeredolu has satisfied the two-third of the geographical spread of the 18 local government areas as prescribed by the electoral law and has been declared the winner by INEC.