Osinbajo: Running for presidency not on the cards now 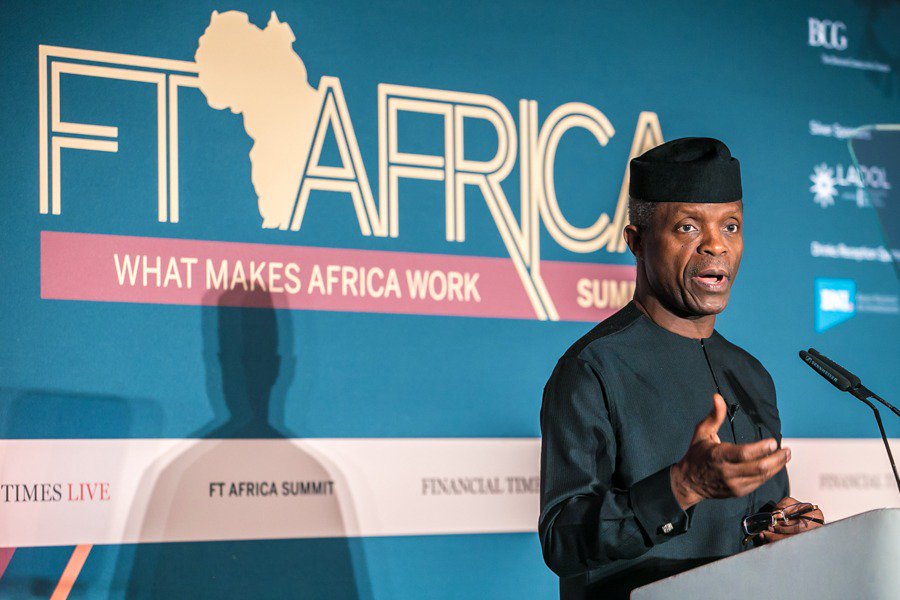 Vice President Yemi Osinbajo, says running for presidency in the 2019 general elections is not on his cards now.

Osinbajo told Reuters on Monday at the Financial Times Africa conference in London where he is one of the speakers, that he had not given any thought to contesting the presidential election in 2019 adding that he has no timeline for when he may make such a decision.

This comes amid speculations as to whether President Muhammadu Buhari, who has battled with an undisclosed ailment, would seek re-election or bow out after one term, and whether Osinbajo could decide to run in the 2019 elections should Buhari decide not to re-contest.

But when asked about that possibility, the Vice President said “none of that is on the cards”.

Osinbajo also spoke about the activities of militants in the oil producing Niger Delta region, saying that they no longer pose a significant threat to oil production.

He however said that Nigeria is aware of the dangers of over-reliance on oil as sole source of foreign revenue and is working to diversify its economy.

“We don’t have all the time in the world with oil. We have to use oil while it makes sense to do so,” he said