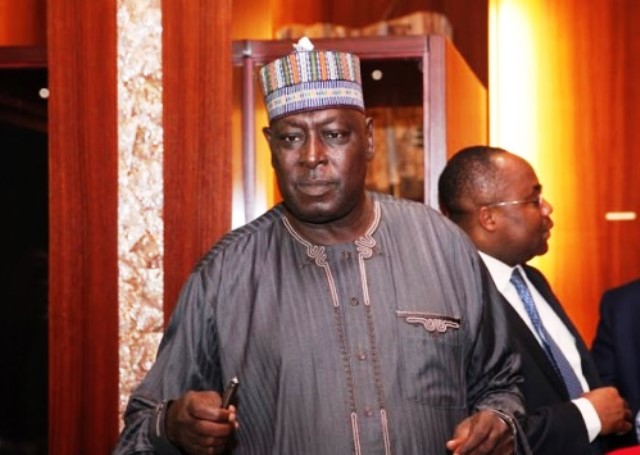 Secretary to the Government of Federation, Babachir Lawal, has denied the allegations of corruption leveled against him by members of the Senate on Wednesday.

The Senate had demanded the resignation and prosecution of Lawal over the award of a N200 million grass-clearing contract to a company in which the SGF was the executive director until September 2016.

The contract was awarded by the Presidential Initiative for the North East, PINE.

However, reacting to the allegation, the SGF described the Senate’s resolution as an attempt to malign him‎.

Lawal, who was responding to questions by journalists after the 2017 Budget presentation by President Muhammadu Buhari, insisted that the lawmakers never invited him to hear his own side of the story.

He admitted ownership of the said company, ‎Global Vision Limited, but insisted that he resigned as its chairman on August 18, 2015, way before his appointment as SGF.

“It is very instructive no effort was made to invite me,” he said, adding that “They did the session to malign me.”

“Nigerian politicians have formed the attitude of ‘bring him down by all means.’

“I have the report of the committee with me.”

THE Federal Airports Authority of Nigeria (FAAN) has debunked reports that a plane crash-landed...
Advertisement