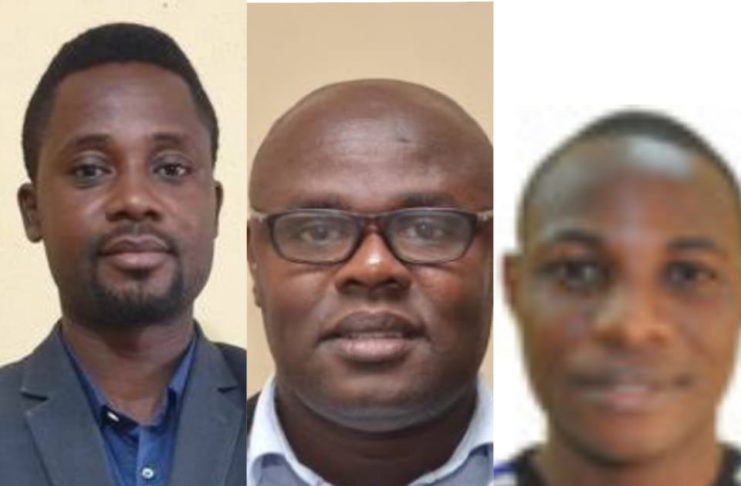 The winners of the award were announced by the PwC on Friday, October 8.

Anudu, a multiple award-winning journalist, won the first position in Tax Fiscal Policy Reporting while Abba was the first runner up in the same category.

Anudu had earlier won the Tax and Fiscal Policy category in 2020 and finished as the second runner-up in the SME category.

Anudu,  The ICIR News Editor, is a journalism trainer, economist and finance expert.

He won  this year’s tax category with the report, ‘Money for the boys: How agberos pocket billions of Lagos transport revenue,’ which exposed how non-state actors fleece Nigeria’s richest state of billions accruing from transport taxes

He finished second in the SME category with the story, ‘ Lagos micro businesses in the grip of area boys.’

He was an assistant editor ( real sector) and head of investigations at BusinessDay before joining The ICIR.

Amos Abba works as an investigative journalist with The ICIR and was the second runner up for the prestigious Fetisov Journalism Awards in 2019 and shortlisted for the Thomson Reuters Foundation Young Journalist Award.

He is also a finalist in the Kurt Schork Memorial Awards in International Journalism in 2019 and a second runner up for the Nigeria Academy of Science Awards.

He finished second the award with the story, ‘Extortion Economy: How AMAC officials frustrate businesses in Abuja through shady tax deals.’

Adanikin, a Senior Investigative Journalist with The ICIR has almost a decade experience in the Profession.

His interests mainly lie in investigative stories, especially under-reported public interest issues in the environment sector, anti-corruption and social justice. He has reported from multiple states in Nigeria as well as few African countries.

Formerly a reporter with The Nation newspaper, one of Nigeria’s leading national dailies, he worked for a US-based online newspaper – Global Village Extra.

He also worked as a stringer for the African Development Bank (AfDB) and was part of the Ministerial Media Committee on Ogoniland Cleanup Inauguration Project.
He is a Researcher and Fact-checker for The ICIR fact-checking arm – The Factcheck Hub, which seeks to combat misinformation and fake news in Africa.

He finished third on the SME category with the story, ‘Caught between legality and diplomacy: Pathetic story of Nigerian traders in Ghana.’