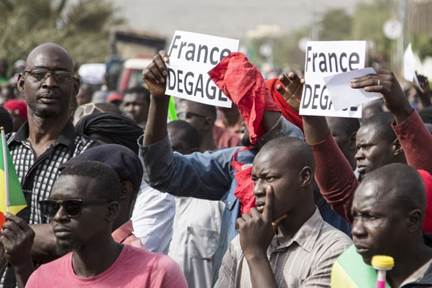 MAJOR combat operations by French troops in Mali have drawn fire from local officials who accuse the French military of killing civilians, including at a recent wedding.

Nineteen wedding guests and three armed men died in the strike in the village of Bounti, central Mali.

Now, a scathing report by the U.N.’s mission in Mali, known as MINUSMA, concurs with Malian authorities and upholds the claim that the victims were protected under international law. The French defense ministry rejects the report’s findings.

Those killed at the party were civilian males aged 15 to 20, and they were hunting birds with one gun among them, local officials said.

“I know all these young people. Some are from my family,”  Mayor of the nearby Talataye village Mohamed Assaleh Ahmad told Reuters by telephone.

“We have seen these airstrikes in the past here. We have never said anything, but this time, it’s 100 per cent an error.”

The newly released report by the U.N. raises the stakes for France whose military footprint has grown to 5,100 from 3,000 since the start of their anti-terror operations in Mali.  At the same time, opposition among Malians is growing against the former colonial power.

Anti-French demonstrations have been taking place since 2013 on a regular basis, according to the French newsmagazine ‘Liberation’ in an article titled, ‘A Rejection of Colonialism.’

A Sahel expert at the University of Kent’s Brussels School of International Studies Yvan Guichaoua said of the French: “(They) want to stay influential in their former colonies and have leadership in this sort of global division of labor” by major powers.

“But the longer you stay, the greater the chance that you become part of the problem,” he warned, in an interview with the Associated Press.

According to Africa specialist Marc-Antoine Perouse de Montclos, French authorities have ignored local realities, like inter-communal vengeance and armies operating brutally with impunity to promote the narrative of jihadis with direct links to Iraq and Syria. As a result, a future French exit strategy may be as elusive as victory.

French Defense Minister Florence Parly insists that the military strike on Jan. 3 was legit and rejects the U.N. probe’s methodology, calling the investigation based on unreliable sources.

Some 7,000 people have died in what has been called France’s ‘forever war,’ according to data by the Armed Conflict and Location Event Data Project.