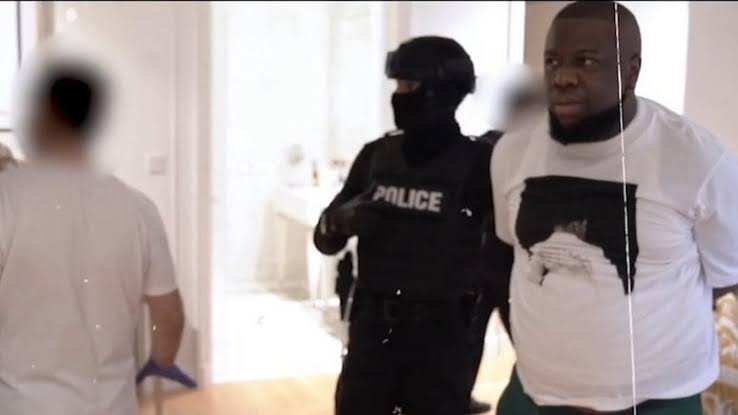 RAMONI Igbalode Abbas, alleged criminal mastermind known as ‘Hushpuppi’ has been extradited from the United Arab Emirates (UAE) to the United States.

His accomplice, Olalekan Jacob Ponle also known as Woodberry is also being extradited to the US on the request of the Federal Bureau of Investigations (FBI).

The FBI in a Twitter message thanked Dubai police for arresting the two internet fraudsters.

Also, a statement released by the Dubai Police on Thursday indicated FBI’s appreciation to the UAE crime unit over its role in arresting and extraditing Hushpuppi and Woodberry.

Christopher Wray, Director of FBI praised the exceptional efforts exerted by the United Arab Emirate, represented by the Dubai Police General HQ, in combating transnational organised cybercrime including the recent arrest of  of Hushpuppi and Woodberry who were taken down in operation “Fox Hunt 2”.

Wray also extended his appreciations to Dubai Police for their cooperation in extraditing the wanted criminals, who committed money-laundering and multiple cybercrimes, to the United States

The Dubai Police in June had arrested  the duo and ten African cybercriminals in a special operation dubbed “Fox Hunt 2.

The operation took down the suspects for committing crimes outside the UAE, including money-laundering, cyber fraud, hacking, criminal impersonating, scamming individuals, banking fraud and identity theft.

The suspects were caught in a series of synchronized raids by six SWAT teams from Dubai Police who foiled the gang’s bid to deceive many people from around the world and steal their money.

Group asks US to place visa ban on senators who voted…

Our COVID-19 protocol not targeted at Nigerians -UAE