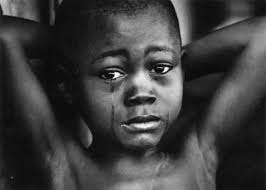 THE United Nations Children’s Fund (UNICEF) says discriminating against children based on their identity – including their nationality, ethnicity, language and religion –  is a breach of international human rights law and a violation of children’s rights.

According to a UN report released on Sunday, November 20 in commemoration of the World Children’s Day, the right for all children to equality and non-discrimination is at the core of the Convention on the Rights of the Child and its Article II, which sets out the right to, and the principle of non-discrimination.

UNICEF stated that 407,000 young people were asked about discrimination, with two-thirds of the number disclosing that they had been discriminated against in their environment.

Citing the conventional law, UNICEF quoted, “States Parties shall respect and ensure the rights set forth in the present Convention to each child within their jurisdiction without discrimination of any kind, irrespective of the child’s or his or her parent’s or legal guardian’s race, colour, sex, language, religion, political or other opinion, national, ethnic or social origin, property, disability, birth or other status.

“States Parties shall take all appropriate measures to ensure that the child is protected against all forms of discrimination or punishment on the basis of the status, activities, expressed opinions, or beliefs of the child’s parents, legal guardians, or family members.”

While adding that discrimination is complex and can take place based on multiple grounds, UNICEF noted that the concept of intersectionality in discrimination recognizes the ways in which social identities overlap and create compounding experiences of discrimination and concurrent forms of oppression.

The report stated, “For example, an indigenous girl living in a rural community in a low-income country faces a higher risk of exclusion from educational opportunities for multiple reasons: because of her gender, because the urban-rural digital divide makes remote learning impossible for students in her community, because high levels of household poverty require that she works, and because of explicit discrimination due to her indigenous background.”

The report stressed that many barriers faced by the children are not due to fate or a lack of resources but rather the result of laws, policies and social practices that leave particular groups of children behind.

It added that children have little recourse to independently challenge discrimination and would depend on adults to voice their complaints.

“Discrimination fosters exclusion with negative impacts on entire societies. Exclusion and discrimination breed grievance, xenophobia, hate crimes and conflict – including the targeting of ethnic or religious minorities, migrants and other marginalized groups.

“Children who are discriminated against are restricted from exercising and claiming their civil, political, economic, social and cultural rights. When they reach adulthood, they are further restricted from economic, political and social institutions. Discrimination has long term intergenerational consequences as well, as its impacts often perpetuate from one generation to the next,” UNICEF said.

It further identified black children in South Africa and the majority Hausa ethnic group in Nigeria as the groups with highest under-five mortality rates in their countries.

On the effects of discrimination on children, the report noted that exclusion deepens intergenerational deprivation and poverty, while also pushing discriminated-against children into inequity through limited access to substandard and critical services.

“As a result, discriminated-against children often suffer from poorer health, nutrition and learning outcomes, higher likelihood of incarceration, higher fertility among adolescent girls, and lower employment rates and earnings in adulthood. They fall behind their peers, further widening inequities.

“Discrimination and racism are often recognized as forms of violence and toxic stressors that underlie health disparities. They also limit the ability of parents and communities to provide support that promotes resilience and child development. Exposure to racial discrimination is a chronic source of trauma in the lives of many children,” said the organisation.

UNICEF called on partners and the public to speak out for the equity and inclusion for every child, based on the Convention on the Rights of the Child, by highlighting the experiences of young people combating discrimination, and the impacts of discrimination on them.