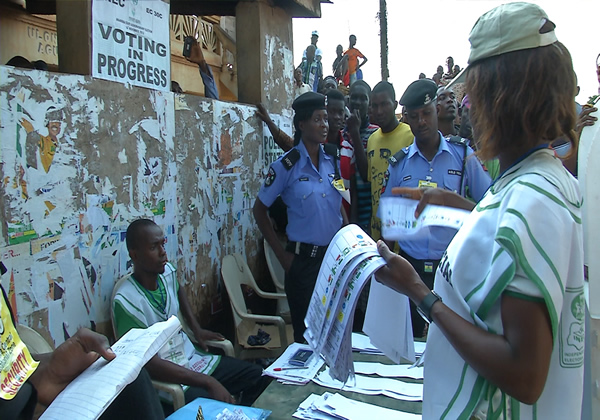 The Abia State Election Tribunal sitting in Umuahia on Monday nullified the election of All Progressives Grand Alliance, APGA, candidate Emeka Nnamani, representing Aba North State Constituency in the House of Representatives.
The tribunal, chaired by Justice Sabiu Yahuza, in its verdict ordered fresh election in Aba North State Constituency and barred APGA from participating in the process.
Justice Yahuza nullified the election of the APGA candidate, whose victory was challenged by the PDP flag bearer, Blessing Nwagba, on the ground that he was not qualified to contest the election held on April 11, 2015.
The chairman of the tribunal said that “the petitioner, Nwagba proved the allegation of non-qualification leveled against the respondent as his name was not in the register of his Eziama Ward of his party, APGA, and ought not to have participated in the said election.”
With the suspension of APGA, the panel explained that the re-run of the election would be decided between the petitioner’s party and the candidates from the other parties that participated in the April poll.
The Tribunal also ordered for a full investigation into allegation of certificate forgery lodged against Nnamani and directed his prosecution if found guilty.
Earlier during trial, the tribunal received in evidence a letter from the registrar of the University of Port Harcourt disowning Nnamani as a graduate of the University.
Aba NorthAll Progressive Grand AllianceAPCBlessing NwagbaEmeka Nnamani