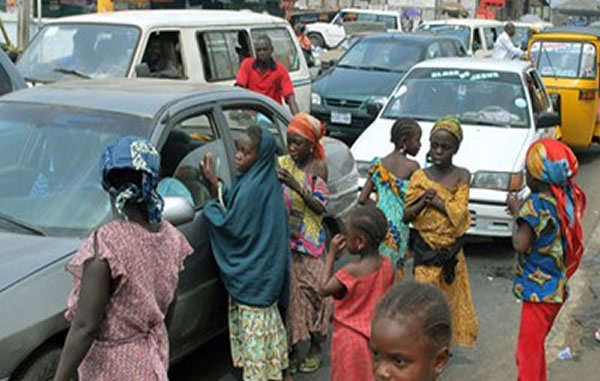 A civil rights group. the Coalition Against Corrupt Leaders, CACOL, has criticized the National Assembly passing a law that stipulates a jail term for physically-challenged beggars.

The two chambers prescribed a six-month term jail, among other punishments, for anyone using a person living with disability to solicit for arms in public.

This is contained in the harmonized Bill jointly passed by the Senate and the House of Representatives last week.

Reacting to the development on behalf of the coalition, CACOL’s executive chairman, Debo Adeniran, described the jail term as a step in the wrong direction.

Adeniran said it was ridiculous that while many pro-masses bills are gathering dust on the shelves of our lawmakers, they could pass a bill to jail beggars who are pushed into the trade because government at all levels have failed them.

“Begging to earn a living is a sign of administrative failure and an indictment on every arm of government. Government, by its various anti-masses policies, wants people to beg because every Nigerian is in one form or the other, a beggar. For instance, many of our law enforcement agents fall into one category of beggar or the other because their take home pay hardly takes them home,” Adeniran said.

The activists expressed dismay that the federal lawmakers failed to probe the causes of street begging, but were quick to pass sentence on offenders who are only victims of circumstances.

Speaking further, Adeniran, who described the jail term as misplacement of priority and oppressive, queried why it is only the physically challenged beggars that would be jailed.

“The questions begging for answers are: why must it be only physically challenged beggars that would be jailed? Why not able-bodied people who are beggars? Why focus mainly on the physically-challenged, leaving out the myriads of area boys and girls and corporate beggars who have no other thing than to beg for living? Why are we not addressing those issues that brought them into destitution? If they are physically challenged, it means they require care and if the care is not coming from the official quarters, they help themselves by seeking it from the sympathetic public,” he queried.

Adeniran said it was a misplacement of priority and oppressive to jail beggars and urged the government to admit systemic failure in governance rather than look out for an oppressive way out.

The human rights activist also called on government to address the problem of unemployment, if it was really serious about ridding our streets of beggars.

“Basically, if we are trying to enact laws that will rid our society of unnecessary presence of beggars, caution and restraints must also be exercised to the right direction for the law to be effective. The overall interest should gear towards making life better for these physically challenged individuals rather than the eagerness to have them thrown in jail,” he added.

Why jailed ex-governor Orji Kalu will continue to retain…

VIDEO: I can get a person jailed and throw away the keys,…

Senate to investigate NEMA over ‘selective’…