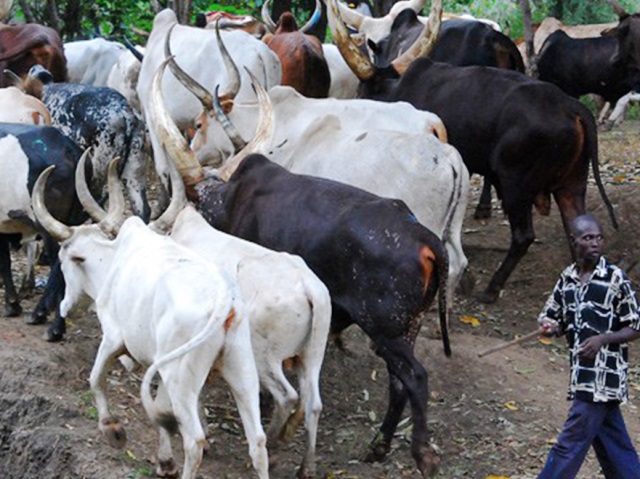 The Yoruba socio-political association, commonly referred to as the ‘Afenifere Renewal Group’, has condemned the statements attributed to the Miyetti Allah Cattle Breeders Association of Nigeria, over the recently-inaugurated Anti-Grazing Enforcement Marshals in Ekiti State.

In a statement issued by the group’s publicity secretary, Kunle Famoriyo, the Afenifere said the cattle breeders group’s reaction to the creation of the Marshals is an assault on the Yoruba people and “will be treated as a terror threat until an apology is tendered”.

“Such open threat against the people and government that accommodate your business interest is terrorism,” the statement added.

Famoriyo said that the Miyetti Allah association “should be happy for the enactment of such law that will ensure genuine cattle breeders are not stigmatized by these criminals from other countries.”

He added that Governor Fayose, as the chief Executive Officer of Ekiti State, has the responsibility to protect the lives and property of his people, just as any governor in any state of the federation has the same obligation.

He said: “We recall that in 2013, the Hisbah Police in Kano reportedly destroyed more than 20,000 crates of beer bottles.

“Despite the freedom of movement and trade guaranteed by the Constitution, what mattered then was that Kano does not want beer within its jurisdiction – even though it hypocritically shares from the VAT generated from sales of alcohol in other states.”

“Why should governors of northern states have the freewill to protect their people and religious disposition, while their southern counterparts are subjected to intimidation?” Famoriyo asked.

“Nigeria is not a slave camp of any ethnic nationality and MACBAN’s statement is therefore considered an assault on Yoruba people and will be treated as a terror threat until an apology is tendered,” he added.

Recall that Governor Fayose, last week, inaugurated a team that would enforce the new  Anti-Grazing law in Ekiti State.

The law restricts animal grazing to designated ranches within the state and between 7:00 am and 6:00 pm.

But the Miyetti Allah group accused the governor of using the Marshals to harass their members and to seize their cattle.

“We have been reliably alerted (by) an impeccable source in Ado-Ekiti that the Anti-Malu vigilante group (as the Marshalls are referred to in the state) shot five cows and carted away with the meat but the herdsmen (sic) was able to flee with the rest of his cattle,” the group’s spokesan, Othman Ngelzarma, said in a statement.

“We are hereby constrained to implore the federal government through its security agencies to wade into this unprovoked and primitive aggression against our members, before this macabre incident develops into unquenchable inferno involving our members and Ekiti State government,” he threatened.