Do they know there is Christmas? 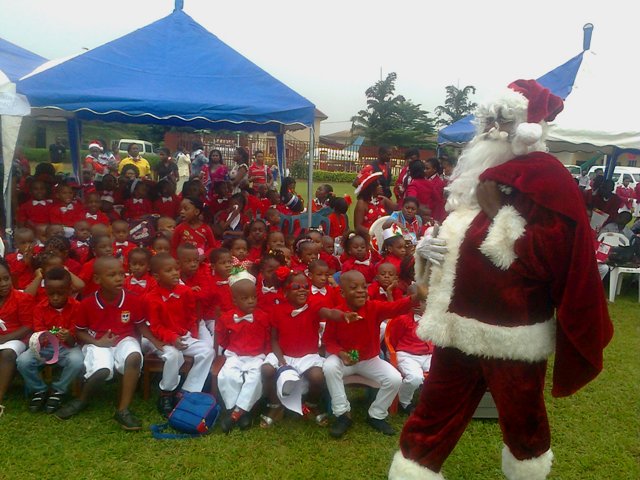 As millions of Nigerian Christians celebrate the birth of Jesus Christ, the globally-acclaimed spiritual saviour of mankind, there are many more who do not have the economic resources to dine and wine with members of their families and friends. While this sad situation is understandable in some other countries ravaged by natural environmental disasters of drought, seasonal floods, hurricanes, earthquakes, typhoons and tsunamis, or the self-inflicted wasteful wanton wars, it is far from this in Nigeria.

Here, indeed, the victims such as the homeless, the elderly poor, the beggars, orphans and widows, agonise over preventable poverty in the midst of plenty! Not left out, of course, are the hapless civil servants owed for months by their cruel and conscienceless state governors who collect different funds from the all-conquering federal centre but simply refuse to pay them. There lies the irony and the pain!

As previously highlighted in my opinion essay titled: ‘UN’s battle against poverty’,  the statistics of our country’s scenario are simply scary and scandalous. One is talking about the inexcusable social inequality and injustice which exists between the very rich and those caught in the pitiable pit of preventable poverty. In a report published by OXFAM in 2016, it stated that the combined wealth of Nigeria’s five richest men- from Dangote through Adenuga, Otedola to Ovia- then put at about $29.9bn could effectively end extreme poverty in the country. Yes, you heard me right.

In fact, Celestine Okwudili Odo, Good Governance Programme Coordinator for OXFAM in Nigeria, said: “It is obscene that the richest Nigerian has amassed more money than he can ever hope to spend in a country where five million people will struggle to feed themselves this year. Extreme inequality is exacerbating poverty, undermining the economy, and fermenting social unrest. Nigerian leaders must be more determined in tackling this terrible problem.”

In specific terms, Nigeria’s richest man earns 8,000 times more in one day than a poor Nigerian will spend on basic needs in a year. More than 112 million people are living in poverty in Nigeria, yet the country’s richest man would have to spend $1m a day for 42 years to exhaust his fortune! Yet, the number of people living in poverty increased from 69 million in 2004 to 112 million in 2010 – a rise of 69 percent. The number of millionaires increased by 44 per cent during the same period.

Looked at from the Human Development Index, which is a summary measure for assessing long-term progress in the three basic dimensions of human development, there is nothing to write home about. The three key areas of long-term healthy life, access to knowledge and decent standard of living paint a parlous picture of pure deprivation of the long-suffering masses. Especially by their so-called leaders, and painfully too, under a democratic dispensation.

Nigeria was ranked 152nd out of 188 countries in the 2016 Report of the African Human Development Index, released by the United Nations Development Programme, in Nairobi, Kenya. Consequently, the country retained its 2014 status, as there was no forward or backward shift from the computation. Nigeria’s HDI value for 2014, according to the UNDP’s 2015 report, was 0.514 which puts the country in the low human development category.

Even Botswana ranked better than Nigeria according to the report published on August 29, 2016. Furthermore, it stated in unequivocal terms that Nigeria’s Human Development Index rose by 13.1 per cent. Such is the high level of poverty in the country that the UNDP, precisely on April 19, 2017, warned that Nigeria must stop being a “seriously hungry nation”.

Sadly, Nigeria was the only oil-producing country languishing in that shameful socio-economic stratum. Also, according to the 2015 HD Report Work for Human Development for 188 countries assessed by the United Nations, life expectancy index was 0.44, education index was 0.59 while the GDP index and HDI value were placed at 0.36 and0.466 respectively.

Under this administration inflation rate galloped from 13.7 per cent to 15.6 per cent, between May and July, 2016. Compared to that of South Africa of 6.3 per cent, Republic of Niger of 2.3 per cent, Zimbabwe of -1 per cent and Mali of -0.4 per cent there is nothing to cheer about.  All these take place because the dynamics of consumables and essential needs such as food, kerosene, transport, housing and utilities are closely tied to fuel hike and inflation.

Nigerians may have endured it all in their characteristic, legendary resilience but the sudden hike in fuel price from about N97 to N145 per litre has had deleterious effects on the quality of life of the average Nigerian. This has been compounded by the current stifling fuel crisis. As it happened in Venezuela, so it has in Nigeria.

One had expected, as I admonished Mr. President back in 2015, to assemble a team of top technocrats and seasoned economists, who know their onions; irrespective of their political or religious persuasions and be ready to listen to them. But that was never done.

As usual, the tightening of monetary policies has led to devaluation of the naira. Since we do not produce or export much of homegrown products, importers would spend more naira to the dollar. With insurgency in the North-East, which has led to food shortages in addition to hike in the price of farm produce, a recycling of economic policies will not get us out of the wood.

What is the way out of the economic quagmire? Firstly, our policymakers should be more creative and innovative. We need foreign exchange for industrialisation. We should stop transferring our economic fortunes to foreign hands. We need to revisit the policy of liberalisation and the social benefits of privatisation.

And of greater significance is the need to critically address the obscenely high cost of accessing political power as well as running the machinery of government. The twin evils fuel corruption and undermine good governance that could benefit the poor. The governors and the legislators should come to terms with the harsh economic realities and tread the path of frugality to become true servant- leaders as the late President Umaru Yar’Ardua advocated. We need to drastically reduce the emoluments of political office holders and deploy the huge sums so recovered to improve the quality of life of the average citizen, especially children, the elderly and women who are the greatest victims.

We require more partnerships between the public and private sectors, Non- Governmental Organisations and civil society groups to successfully bring the monster of poverty to its begging knees. We also need stable infrastructure, (adequate electric power and water supply as well as good roads), access to credit facility at single digit interest rate and boosting of small and medium scale enterprises. The other is to inculcate entrepreneurship training in our youth right from the secondary school level.

Nigerians are therefore, eagerly waiting for the proposed National Poverty Eradication Commission as promised by the Speaker of House of Representatives, Yakubu Dogara. It must not go the way of the past poverty alleviation programmes. And because the incubus of poverty haunts us all, it must never be politicised.

Baje, a media consultant and author, wrote in from Lagos