LAST Friday, a former governor of Anambra State, Peter Obi, was announced as the running mate of Atiku Abubakar, in his race to the Presidential Villa, under the flag of the People’s Democratic Party (PDP).

This decision was celebrated by many as a wise choice not only because of Obi’s ethnic background, impressive academic profile, youthfulness and intelligence, but also because he is perceived as an upright, austere and no-nonsense leader.

However, about a year and a half ago, the former governor caused a huge stir on the internet over a suspicious — and, as it later turned out, controversial — claim he made while speaking at The Platform on Monday, May 1, 2017.

At the event, organised by the Covenant Christian Centre in Lagos, Obi said he did not have more than a single wristwatch which has served him for seventeen years. He also chipped in that he had only two pairs of black shoes that he always travelled with.

While narrating an experience with the Economic and Financials Crimes Commission (EFCC), which searched his apartment in Lagos while he was abroad, he said they could not find expensive clothing accessories there and accused him of not living in the house.

Explaining, he said to an applauding crowd: “I have said it to many Nigerians. Peter Obi wears only black shoes and I have two pairs of it anytime, and I travel with them.”

“They said, ‘Oh, we didn’t even see watches’,” he continued, referring to operatives of the EFCC.

“I have said it openly to everybody. This is the only watch I have,” he said, as he pulled his silver-coloured chain watch. “I have worn it for seventeen years… The purpose of watch is to keep time. Why would I keep a watch at home? Whose time is it keeping?”

A year before, at the 2016 edition of The Platform, Obi appeared to have used the same wristwatch for his presentation. But is that the only one that has graced his wrist for close to two decades?

Pictures emerged of other watches

Soon after the video of his assertion went viral on the internet, pictures of Peter Obi within the 17-year time frame were dug up to suggest the former governor might have goofed or outright told a lie to look good before the audience.

It is clear from some of these images that he has used at least two types of watches in the past decade, one with a brown leather strap and another with a silver-coated chain and dark clock plate. 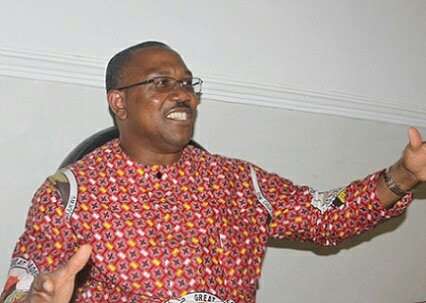 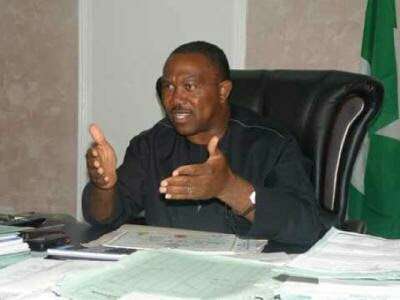 Nigerians, especially loyalists to other parties, have started using Obi’s statement to suggest he is not fit for office, some suggesting his wristwatch must have been a chameleon.

“Peter Obi is a monumental pathological liar anyway,” tweeted Don Carleton (@PapazLagos) on Thursday. “Man used The Platform to hoodwink gullible youths into believing he’s one honest politician that only used two pairs of shoes and one wristwatch during his 8-year term as governor.”

Another Twitter user, Abdul Aziz Mu’azu (@mabziz), said: “No frivolous claim from Peter Obi can as much as amuse me again; after his ‘I have only one wristwatch’ stunt.”

Yet another Nigerian pleaded with the press to fact-check his claims, including that he has only one house located in Onitsha.

Dear @PremiumTimesng, Kindly do a fact check on this claim by the opposition's Vice Presidential candidate Mr Peter Obi. Is it true he's been using one wristwatch for 17 years and has only one house in Onitsha? He's aspiring to be the number two man in the country. Do it for us😊 https://t.co/qbaEyUbf7v

While it is true the former governor could have meant to say as popularly interpreted: that the watch he wore to the event is the only one he had had for seventeen years, this is not the only semantic connotation.

His statement could as well be interpreted to mean he had had the watch for seventeen years, it was the only one he was using at the time, but he had used others too in the past.

This explanation was also suggested by Ikeogu Oke, award-winning poet and journalist, in a piece published by Vanguard newspaper.

“Even with such seemingly contradictory images, it would be wrong to draw the conclusion that Obi’s wristwatch claim was not true unless it could be proven that he owned any other wristwatch at the moment he made that claim or had not owned that particular one for seventeen years,” he wrote days after the incident.

“While not ruling other possible interpretations of the claim, as a student of semantics I can say that it can be rightly interpreted to mean that he might have owned other wristwatches together with that one in the past seventeen years, but that was the only one left,” he added.

“And so digging up images where he seemed to wear other wristwatches or actually did in the past seventeen years would not translate into his having lied.”

Obi himself, however, has yet to put up a defence or clarify the ambiguity in his statement. Perhaps with his new position as a vice presidential candidate, the matter will finally be laid to rest, in one direction or the other.