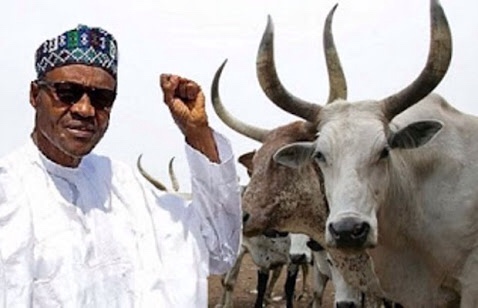 He said this while appearing on Channels Television’s Politics Today programme on Sunday in reaction to Buhari’s decision to resuscitate about 368 grazing reserves in 25 states.

Under the Land Use Act, he said the Federal Government had no control over land outside the Federal Capital Territory (FCT), stressing the land in every state in Nigeria was vested in the governor on behalf of the people.

“Under the Land Use Act, the Federal Government has no control over land in Nigeria outside the Federal Capital Territory, and I think that has to be made very clear,” he said.

He wondered why the president would take that kind of  decision when all stakeholders, including the Nigeria Governors Forum (NGF) and Miyetti Allah, had agreed that open grazing was obsolete n the country.

He recalled that in 2018, the Federal Government came up with a policy called the National Livestock Transformation Plan, including ranching, which he said had been adopted by the 36 state governments.

He noted that fund had also been allocated to states that had started the implementation of the policy.

“If the state governments have adopted and are already investing in the ranching policy of the Federal Government which has given money to one state(Katsina), what is required under the constitution since there is equality before the law, is that the Federal Government has to make available to each state N6.25bn, like it has been made available to Katsina State, so that ranching can begin in earnest in the country. That would solve this problem once and for all.

“So, the Federal Government has to go back to its own policy, which is the National Livestock Transformation Plan. We can’t go back to the policy of the 60s which was applicable under the colonial regime.”

Buhari has stirred up the hornet’s net after he approved, in a statement by his Senior Special Assistant on Media and Publicity Garba Shehu, the recommendations of a committee to review ‘with dispatch’ 368 grazing sites across 25 states in the country ‘to determine the levels of encroachment.’

The committee, chaired by Buhari’s Chief of Staff Ibrahim Gambari, had recommended collecting field data on 368 grazing reserves across 25 states to assess encroachment and encroachers, stakeholder engagements, and sensitisation.

Benue State Governor Samuel Ortom, whose state has suffered greatly from clashes between farmers and herders, has vehemently opposed the idea.

Also, the Yoruba socio-political group, Afenifere, has described the president’s decision as a sweet pipe dream in a fool’s paradise.

Afenifere’s Secretary-General Olusola Ebiseni, in a statement on Friday, said Buhari was wasting taxpayers’ scarce resources on a programme whose conception lacked all conceivable growth capacity.

Chat us on WhatsApp
Advertisement
Previous articleNigerian Mission in UK reopens after 10 days of shutdown
Next articleOgun, Abia evacuate students from Plateau over killings