How 96 million Nigerians living in extreme poverty will be affected by 7.5% VAT 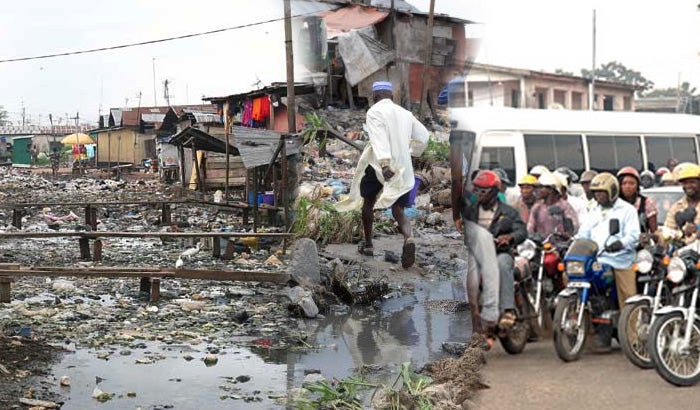 Facebook
Twitter
Pinterest
WhatsApp
THE newly increased Value Added Tax (VAT) of 7.5 percent will affect all Nigerians, but some will feel the impact more than others, financial analysts have said.

The ordinary Nigerian seems to be the target of the 7.5 percent VAT. The poor Nigerians, like their rich counterparts, consume other goods and services, which are not excluded from the VAT.

According to the World Poverty Clock, 48 percent of the total population of Nigeria lives in extreme poverty. This 48 percent refers to 95.9 million Nigerians whose standard of living is way below average.

More than the rich, the ordinary Nigerians are going to be badly affected by the new VAT regime that took effect on February 1.

The National Bureau of Statistics (NBS) says Nigeria’s unemployment rate stands at 23.13 percent as of the third quarter of 2018. 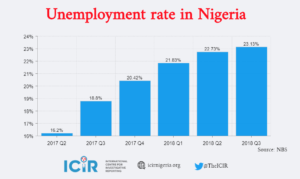 Analysts say the Buhari government inflicts more hardships on the ordinary Nigerian with the new VAT.

They believe that Nigeria under his watch generated enough revenue to cater to the needs of the country without having to impose a new tax.

Seyi Kolawole, a research analyst at NASD PLC, said in an interview with The ICIR that, Nigeria has generated enough resources internally to cater to citizens rather than bother the already impoverished citizens with an additional tax.

“We generate a lot internally to cater to everyone than to bother us with a tax increase, every other African country looks up to us for wealth,” he said.

Kolawole was referring to proceeds from the sales of crude oil, citing daily production of 2.53million barrels per day at the rate of $57.2 per barrel, also at the exchange rate of N306.95. In a day, Nigeria generates N44.42billion from crude oil alone. The country still ranks as Africa’s largest producer of oil and the sixth-largest oil-producing country in the world.

However, Nigeria’s revenue drive through tax has dwindled in the last three years. Between 2016 and 2018, revenue generated by the Federal Inland Revenue Service (FIRS) declined.  In 2016, FIRS targeted N4.2trillion but ended up generating N3.3trillion. Also in 2017, FIRS generated N4.02 trillion as against N4.8trillion that it targeted while in 2018, it realized N5.3trilion despite setting N6.7 trillion target.

Financial experts still contend what the country generates from the Nigeria Customs Services alone can also take care of the deficit in the other areas.

This increase, experts say have not reflected in the quality of life of the ordinary Nigerian as state governors are still foot-dragging on the implementation of the newly approved N30,000. Out of 36 states of the Federation, only 17 states have commenced the implementation of the new pay package. Nigeria Labour Congress (NLC) is already poised for action against the 17 defaulting states.

Lawrence Anosike Managing Director of Pivot Capital Limited said, “Nigerians earn little and pay more to the government and nothing to show for it, with our huge GDP.”

In Africa, Nigeria tops the list of countries with the highest Gross Domestic Product (GDP). Nigeria’s GDP as of February 2020 stood at $397.30billion. This, analysts say should translate to more development in infrastructure and social services for Nigerians even without increasing VAT.

Checks, however by The ICIR shows that with 7.5 percent VAT, Nigeria has the lowest VAT among top African countries with the highest Gross Domestic Product (GDP).

Based on this reality, many argued also that it is unnecessary to charge Nigerians more through VAT because the country has made enough to take care of its needs, unlike its counterparts that have to beef up their revenue through income and other taxes.

Many more Nigerians have also vented their reservations about the 7.5 percent VAT.  Gbenga Adeniran, a financial analyst at FCMB Financial Capital Market believes the new VAT will take tolls on commodity buyers. “The more the commodity bought the more the impact is felt, so the big commodity buyers would pay more,” he said.

A Twitter user with the Twitter handle @Jenkky_2fit said, “Buhari gave us thirty-three thousand naira via minimum wage and taking the money back via 7.5 percent VAT”

On the contrary, some other citizens feel Nigerians should not complain but rather pay the new VAT.

Also on Twitter @SamsonAdenekan said, “it’s our responsibility that we should pay our VAT accordingly …The 7.5 percent affects everyone either rich or poor.”

On his part, Tolani Olubajo, a financial analyst at Radix Capital said, “The recent finance bill 2019 that saw an increase in VAT from 5percent -7.5 per cent , is a provision by the Federal Government to meet up their revenue budget target of 8.15 trillion to fund education and infrastructure sector in the country.

The government tried to mitigate the impact of the VAT by expanding the list of VAT exempt list. Such item includes medical and pharmaceutical products; basic food items; books and educational materials; newspapers, baby products; veterinary medicine and commercial vehicles. So I think it won’t necessarily affect the unemployed population because of the exemptions above.”

Telecommunication companies in the likes of MTN, 9mobile, Globacom, and Airtel have included the 7.5 percent VAT in their telecommunication activities, which means Nigerians would pay more for calls, text messages and data.

The Minister for Finance Zainab Ahmed said, “With the new Tax Act, there would be more revenue to finance key government projects especially in the areas of health, education and critical infrastructure.”

The Federal Government has said it would use the revenue from the VAT to take up capital projects in the country.

Nevertheless, many also wonder about the necessity to tax Nigerians to build infrastructure when the government recently announced its decision to borrow N2trillion from the pension funds to take up capital projects.

The government also proposes to use the incoming $318million Abacha loot to undertake some capital projects.

Chat us on WhatsApp
Previous articleNECO result: Pass in English, Maths decreases by 13.8% in 2019
Next articleFashola backs Lagos govt, says Okada cannot be part of the plan