How US special forces almost invaded Nigeria under Trump 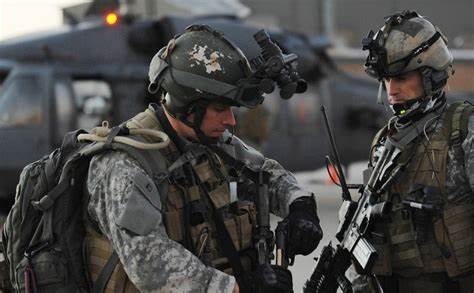 The book, ‘I Alone Can Fix It: Donald J. Trump’s Catastrophic Final Year by authors Carol Leonnig and Philip Rucker,’ detailed how the special forces, which included the dreaded navy’s SEAL Team 6, descended upon Nigeria in an effort to rescue Philip Walton, a 27-year old son of an American missionary, who had been kidnapped at his home by gunmen in the Niger Republic and brought to Niger State.

Trump single-handedly approved the mission without consulting with his secretary of state, national security adviser and defence secretary, which according to the book, were not in town.

The operation had to be shortly paused after it was discovered that a White House aide, Kash Patel, had been mistaken in his assertion that Nigeria’s government had given approval or even been warned about the mission to rescue the young man who was being held in a remote compound in Niger State.

Patel, according to the book, was not in a role where it was his job to get in contact with foreign governments to notify them of operations in their territory.

In the ensuing confusion, Patel reportedly ‘assured’ senior officials involved in the process that Nigeria’s government had been notified.

“The mission had to be paused until the Nigerian government signed off. American forces had come very close to a technical invasion of a foreign country,” the authors wrote.

The operation only resumed after permission was secured from the Nigerian government.

The rescue mission, carried out successfully last October, led to the death of six persons, according to a statement from the Pentagon.

Nigerian Minister of Defence Bashir Salihi Magashi told newsmen that the operation was not without the full cooperation of the US. He dismissed the invasion rumours by the US.