‘I won’t tell you the details’, says Osinbajo as he submits SGF probe report to Buhari 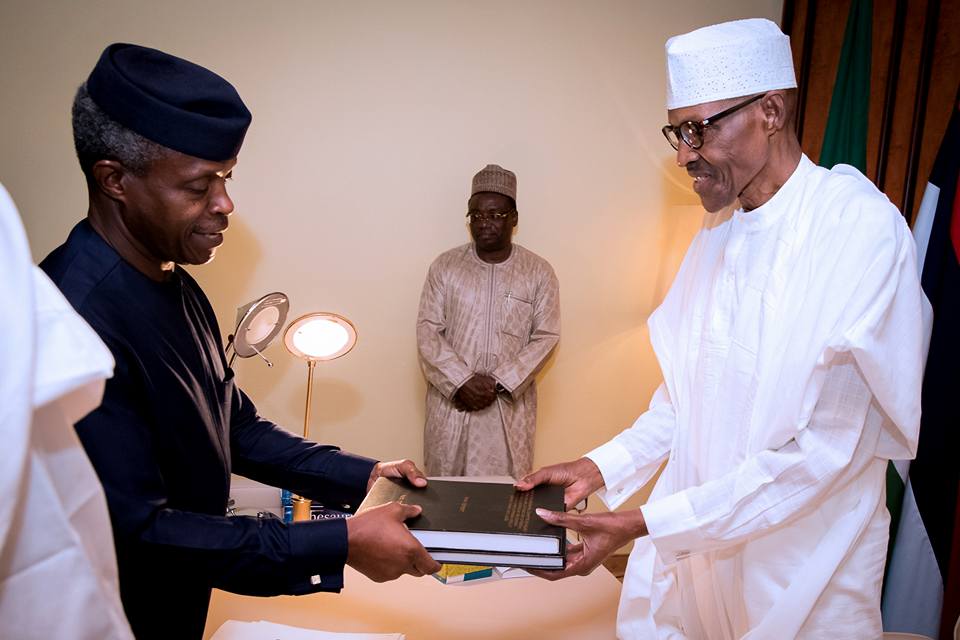 Yemi Osinbajo, the Vice President, has submitted the report of the probe panel set up by President Muhammadu Buhari to investigate the allegations against Babachir Lawal, Secretary to the Government of the Federation (SGF), and Ayodele Oke, the Director-General of the National Intelligence Agency (NIA).

However, Osinbajo said he could not divulge the contents of the report as it was now the prerogative of the President to study it and take appropriate decisions.

“This is a report which contains recommendations to the President,” Osinbajo said.

“It is a fact-finding committee as you know and our term of reference was to find out based on the fact available to us and based on the interviews of witnesses, what transpired in those cases, one involving the SGF and the other the DG of NIA.

“We have now concluded that and we submitted a full report with recommendations to the President.

“We cannot, of course, give you any kind of details because the President has to look at the report, study it and then make his own decisions based on that report.

“This is a document which has just been submitted to the President. He is the one who will read the recommendations and the facts, and then make a decision.”

Osinbajo said that the administration would always ensure that things are done the right way, adding that the committee carried out its assignment with fairness. 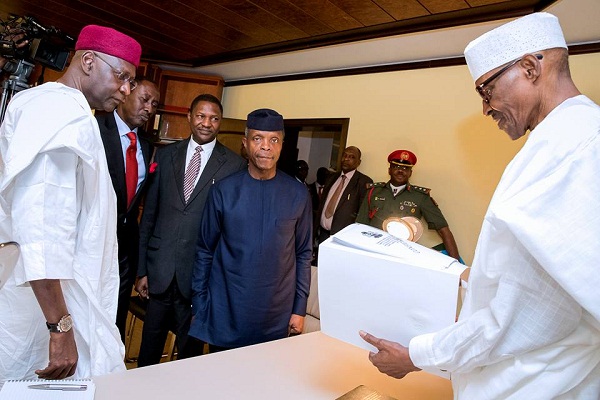 On when Buhari is expected to act on the report, Osinbajo said: “All I can say now is that we have submitted the report to the President and it is a very detailed report as a matter of fact. The President has to study the report and make decisions.”

Osinbajo also refused to say whether the report recommended that the suspended SGF and NIA DG be shown the way out.

“No, how can I tell you? If you want to know what is in the report, you have to wait. You really have to wait.”

On April 19, Buhari suspended Lawal and Oke, and formed a three-man committee to investigate the allegations against them.

Other members of the Osinbajo-led committee are Abubakar Malami, Attorney-General of the Federation, and Babagana Monguno, National Security Adviser.

Lawal was accused of abuse of office and violation of the country’s procurement processes when he awarded government contracts to companies in which he had stakes.

The contracts were awarded under the Presidential Initiative on the North East (PINE), which was at the time headed by Lawal.

However, Oke was suspended in connection to the huge sums of money discovered by the Economic and Financial Crimes Commission (EFCC) at a residential building in Ikoyi, Lagos.

Oke claimed that the money belonged to the NIA and was approved by former President Goodluck Jonathan for the agency’s “covert” operations. He could not, however, explain how the money ended up in a private facility in Lagos State.

FLASHBACK: How Buhari skipped four FEC meetings before travelling to the UK

Buhari’s claim about my father is the fact, says Ojukwu’s son