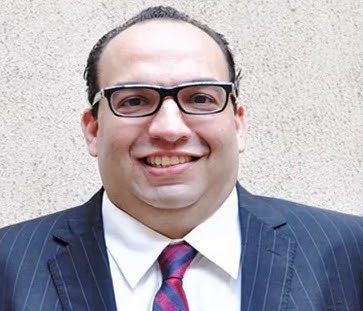 An Ikeja High Court has granted bail in the sum of N76 million ($250,000) to Marco Ramirez, an American accused of defrauding three Nigerians of $565,000 in an American Green Card scam.

He is accused of fraudulently receiving $545,000 from one Godson Echejue to invest in his company, when the plan was to procure an American green card (permanent residence card) for the Nigerian.

Ramirez also allegedly received $10,000 from one Abubakar Umar through a non-existent investment programme in the U.S. which would make Umar eligible to obtain an American passport

He was accused of receiving $10,000 from one Olukayode Sodimu on the pretext that the funds were facilitation fees with the American Immigration Services for an American Green Card.

The suspect was first arraigned in court on June 22 by the Economic and Financial Crimes Commission (EFCC) on a 16-count charge of obtaining $565,000 under false presences from the three Nigerians to get them American green card.

Ramirez was remanded at the Kirikiri Prisons after his arraignment before Justice Josephine Oyefeso.

“The defendant is hereby granted $250,000 bail or its naira equivalent with two sureties in like sum. The current exchange rate should be put into consideration,” NAN quoted the judge as saying on Monday.

“One of the sureties should be resident in Lagos, be a director of a reputable company and have landed property in Lagos State.

“The sureties must show evidence of source of livelihood and swear to an affidavit to show same. A copy of the ruling should be sent to all immigration agencies both land and air.

“The defendant must report to the Lagos or Abuja offices of the Economic and Financial Crimes Commission once a week.”

The judge adjourned the case until November 15 and 16 for continuation of trial.

Chat us on WhatsApp
Advertisement
Previous articleAisha Buhari: The hyenas and the jackals will soon be sent out of the kingdom
Next articlePrivate schools dump ‘outdated, irrelevant’ Nigerian curriculum for UK, US versions