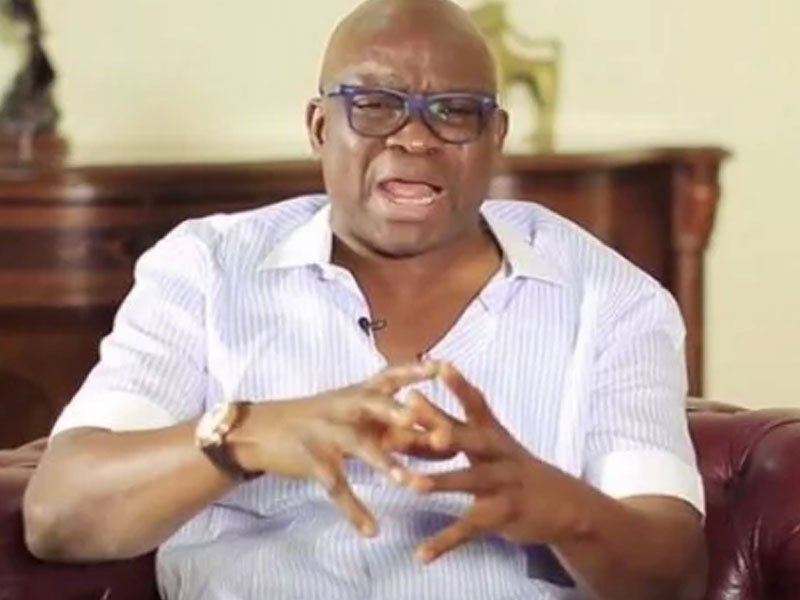 AYODELE Fayose, former governor of  Ekiti State on Tuesday demanded that the Ibrahim Magu, embattled Acting Chairman of the Economic and Financial Crimes Commission (EFCC), be placed on a ‘watch-list’ so that he would not run away.

Fayose stated this on his verified social media account noting that when he was a sitting Governor, Magu  placed him on watch-list for corruption allegation, theft, money laundering and abuse of office.

Just as Magu directed that I be placed on “Watch-list” even when I had immunity as a sitting gov, Magu too must be placed on watch-list so that he won’t run away.
EFCC, DSS, Customs, Police, Immigration, Army, Navy, Air Force, others, over to you.
What goes around comes around. pic.twitter.com/lH6JNXP5wu

Fayose insisted that that EFCC, Department of State Security (DSS) Nigerian Customs Service (NCS), Police, Immigration, Army, Navy, the Air Force and other relevant institutions be mindful of his request – ensuring Magu does not escape from custody.

While the case was ongoing, Fayose also accused Magu of a death threat in a leaked audio recording which allegedly quoted Magu to have said that “nothing will happen peradventure Ayo Fayese dies in custody.”

But the EFCC denied the claim.

On Monday, the embattled acting Chairman of the EFCC was arrested by security operatives attached to the inter-agency panel set up by President Muhammadu Buhari.

His arrest followed a memo by Abubakar Malami, the Attorney-General of the Federation and Minister of Justice to the President alleging insubordination and diversion of proceeds from seized properties against him.

The ICIR earlier reported  that Magu was detained overnight at the Force Criminal Investigation Department (CID) in Area 10 after he appeared before the panel on Monday.