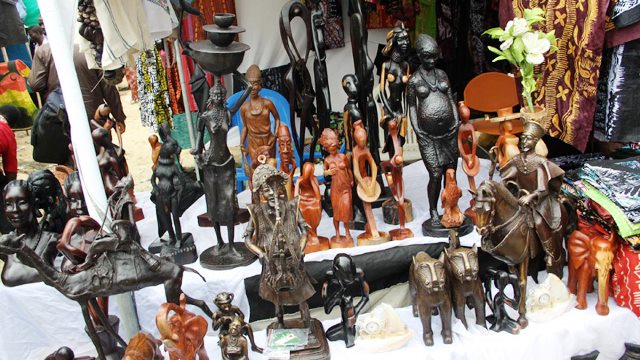 The annual National Festival of Arts and Culture, NAFEST, has been scheduled to hold in Uyo, the Akwa Ibom State capital between October 2 and 9, 2016, with the theme, “Exploring the Goldmine Inherent in the Nigerian Creative Industry.”

At a press conference held in Abuja ahead of the kick-off of the festival, Minister of Information and Culture, Lai Mohammed, said that “NAFEST, which was introduced in 1970 as a vehicle to foster unity among the various sections of the country after the 30-month civil war, would now be explored to contribute meaningfully to the nation’s economy.”

The minister said the new direction of the festival is reflected in the theme of this year’s festival, which is geared towards using our various cultural products and expressions to develop a creative economy and, at the same time, promote the patronage of Made-in-Nigeria products.

“Indeed, festivals around the world are moving from just being a forum to showcase arts and culture to becoming a tool for economic growth,” Mohammed said.

“Creative industries are becoming creative economies. More and more people are moving from manufacturing concerns to creative concerns, and no country wants to be left behind.

“This is why this Administration has included the creative industries, as well as tourism, among the core areas for the diversification of the economy away from oil.”

The minister acknowledged that NAFEST has played a tremendous role in cementing the bond of unity among Nigerians.

He said: “Today, some 46 years after the civil war, the festival is more relevant than ever.

“There is an urgent need to bring us closer together as a people, amid widening divisions along ethnic, religious and social lines.

“The fact that contingents from different parts of the country come together annually, irrespective of their ethnicity or religion, to showcase their arts and culture and leverage on their comparative advantage is very healthy for our country,” he noted.

Mohammed commended the organizers of the festival for outlining various activities into the event to further enhance its quality and uniqueness.

Director General of the National Council for Arts and Culture, NCAC, Dayo Keshi, noted that NAFEST has a peculiar characteristic of focusing on indigenous cultures and heritages, with a view to creating a multiplier effect on income generated at the grass roots.

She added that there be a colloquium during this year’s event to brainstorm on how to make the festival a contributor to the nation’s GDP.

Lai Mohammed did not lie; superpowers are not selling arms…

FG blames failure to prosecute war against Boko Haram on…