NSCDC moves to stop violence against women in Cross River 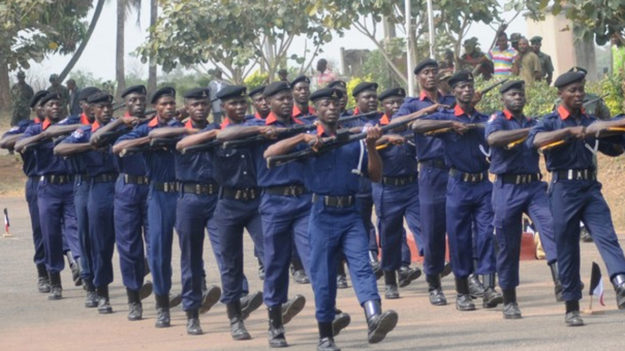 THE Cross River State Command of the Nigeria Security and Civil Defence Corps (NSCDC) has said it would no longer tolerate violence against women in the state.

The NSCDC Commandant in Cross River Samuel Fadeyi made the vow on Friday during a training exercise on handling and preventing Gender-Based Violence (GBV), organised by the United Nations Population Fund (UNFPA) for officers of the Corps.

“Many women have excelled than their male counterparts when opportunities came, so it is necessary for all hands to be on deck to curb GBV, as we cannot tolerate it anymore,’’ he said.

Fadeyi stated that some cases of violence were driven by culture but added that certain acts could no longer be carried out in the name of culture.

“Culture is meant to be dynamic with the time; if we did not change, we would still be killing twins in Cross River in the name of culture,” he said.

He tasked the officers present to practice all they had learnt during the training to curb violence against women and girls.

Also speaking at the event, Head of Office, UNFPA in Cross River, Marija Rakovic, said the training was aimed at easing the task of handling sensitive cases such as GBV.

She encouraged officials to engage with the agency in the event of questions or suggestions.

“You know you may need to handle difficult and sensitive cases. What you have learnt these three days will make your work easier.

“I hope you will continue to engage with us when you have questions and suggestions because you are the ones on ground in the various communities,’’ she said.

Gender-Based Violence has remained a significant challenge in Nigeria. Nearly 3 in 10 Nigerian women have experienced physical violence by the age of 15, according to the UNFPA.

Chat us on WhatsApp
Advertisement
Previous articleDangote refinery: ‘AFC, Afrexim, AfDB, others supported us with 70% of needed finances’
Next article2023: Buhari bids 10 ministers farewell, to replace them soon