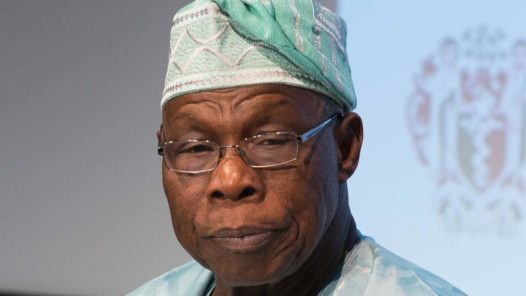 OLUSEGUN Obasanjo, Nigeria’s former president, on Sunday, lent his voice to calls by Darius Ishaku, governor of Taraba State, for Nigeria to consider the creation of both state and local police to address the ravaging insecurity across the country.

He made this call during a virtual interview hosted by Toyin Falola, a foremost Nigerian historian and columnist.

Obasanjo, who had in the past dismissed such calls because he believed the action could take Nigeria back to the 1950s, said there was the need for devolution of powers, responsibilities, and resources to allow for healthy competition among states.

“Why can’t we now have state police? I have been to a country like Colombia, in the last five years, at least a dozen times. They did exactly what we did. They moved from local and state police to national police. But now, they have gone back to state police or provincial police. Why can’t we do that? If we do that, there will be no need for Amotekun.

“There will still be the need for federal police to look after federal territories and what I call major entry points – international airports and international seaports. The Federal Government can have mobile police and station them in strategic places, and only deployed when the state governor requires for it.”

Earlier on Sunday, Ishaku had re-echoed the need for the federal government to consider giving the mandate to state governments to set up both state and local government police when he paid a condolence visit to the residence of the Salihu Dovo, late ArdoKola local government chairman, who was abducted and killed by gunmen.

The governor argued that a lot was wrong with the current security arrangement and urged both the Senate and the House of Representatives to consider amending the constitution to accommodate state and local government policing.

READ ALSO: Only self-deluded people would claim that all is well in Nigeria – Obasanjo

“Over there, the military is always the last resort but for us, the military is the first resort. In this state, I have lost so many people to insecurity, including a local government chairman and a member of the state house of assembly, Hosea Ibi.

“We can’t continue to keep quiet as if nothing is happening because a lot is going on which desperately needs to be addressed. I am challenging the senators and members of the House of Representatives to check our constitution with a view of amending it immediately,” the governor said.