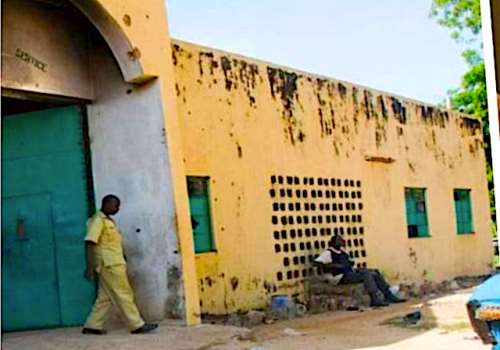 THE Federal Government has enlisted the International Criminal Police Organization (Interpol) to recapture fleeing inmates from the recent jailbreak in Oyo State.

Nigerian Minister of Interior Rauf Aregbesola revealed this in a statement by his Spokesperson Sola Fasure on Monday.

According to the statement, the minister, who was on an inspection tour of the Abolongo Correctional Facility, vowed to recapture all the inmates still at large and those who attacked the centre.

“We want to assure Nigerians that the service has an updated database of the escapees, which include their biometrics,” he said.

Aregbesola noted that the Nigerian Correctional Service and other sister security agencies had already recaptured 446 out of 907 fleeing inmates.

He commended the staff of the facility and security operatives, who resisted the gunmen before they gained entrance into the facility.

He directed the Controller-General of NCoS Haliru Nababa to immediately begin the reconstruction of the damaged parts of the building, promising to make the facility better secured and more habitable for the inmates.

The ICIR had reported how gunmen invaded the facility in the dead hours of Friday, killing two security operatives before breaching the facility’s perimeter fence with grenades.

Friday’s incident was the third jailbreak in the country this year. A report published in July revealed that at least 4,307 inmates had escaped from prisons since 2017, which was based on compiled media reports.

A soldier and a Police officer were killed in the attack while two prison officials were missing.

There have been a handful of security facilities, especially Police stations, that were attacked in a similar fashion since 2020.

Nigerian prisons hold 70,000 inmates but only about 20,000 have been convicted, according to estimates by NCoS.