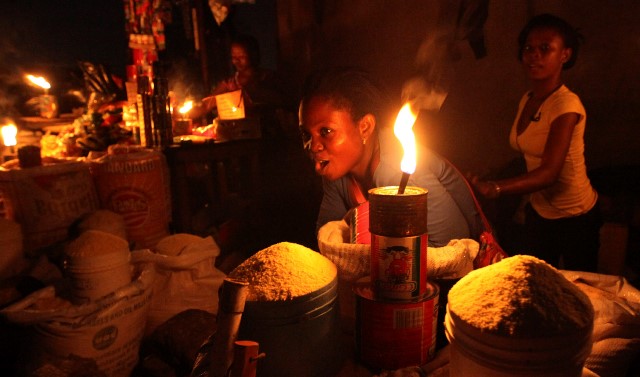 The figure was obtained from the website of the Nigerian Electricity System Operator,  a sub agency of TCN,  in its daily forecast on power generation data in Lagos on Sunday.

The drop was attributed to low water levels at the country’s hydro power stations and insufficient gas to the gas power stations.

TCN said the total 2,662.20 megawatts from all the generation companies on Sunday had been transferred to the 11 distribution companies across the country.

The operational report Nigerian Electricity Supply Industry, NESI, for January 4, stated that the power sector hit a record high generation of 4,959 megawatts but dropped to 2,662.20 megawatts on January 22.

A TCN official who pleaded anonymity, confirmed to journalists that electricity generation has been on the down side due to lack of access to gas by generation companies.

The official said that low level water levels at the country’s hydro thermal stations also contributed to the drop in generation.

According to him, it is a challenging period for power sector but it will get better once the hydro swing into high water level and gas becomes available.

He also attributed the drop in power generation to an attack on pipelines belonging to the Nigerian Petroleum Development Company, NPDC, on January 17 around Ugheli in Delta State.

Similarly, a top official of Egbin Power Station, who also pleaded anonymity, said that the power plant, with a capacity of 1,320 megawatts now generates 340 megawatts due to gas constraint.

The official said that the 340 megawatts Egbin generated was wheeled out to the national grid at 6.00 a.m. on Sunday.

Recall that the Minister of Power, Works and Housing, Babatunde Fashola, had on Friday said that the sabotage of power assets by militants prevented Nigeria from generating 7,000 MW of electricity.

“So it is not true when you hear that the grid capacity is not more than 5,000MW. It is growing every day and more projects are coming up.

“We have completed some and more are still coming up. So that is where we are,” Fashola said.