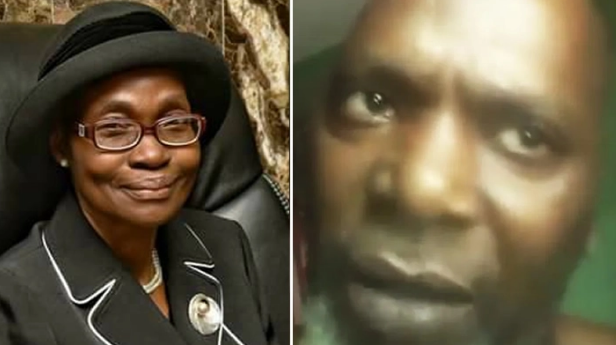 THE Ondo State attorney-general has ordered the discontinuation of the criminal suit against Olupelumi Fagboyegun, alleged brother of Olarewaju Akeredolu, state’s chief judge.

Charles Titiloye, state attorney-general and commissioner of justice, gave the directive in line with the power conferred on him by Section 211 of the Constitution of the Federal Republic of Nigeria 1999.

This was contained in a report of the investigation carried out by the attorney-general to look into the allegation of unlawful detention by Fagboyegun against the state’s chief judge.

He directed contending parties in the case to seek resolution of their dispute in court through civil action or other means of alternative dispute resolution.

Titiloye also invited the state Judicial Service Commission to investigate issues relating to the delay in the hearing of the case before the magistrate court. He also referred the matter to the Ondo State House of Assembly for investigation.

The ICIR had reported how Fagboyegun, who claims to be the chief judge’s half-brother, was seen in a viral video on Monday calling on President Muhammadu Buhari and all well-meaning Nigerians to get justice for him after accusing the judge of using her office and influence to cause his arrest and subsequent detention because he went to their father’s house.

He said he had been arraigned five times while the charges had also been amended five times all in a bid to delay his trial.

While reacting to the allegation, the chief judge told newsmen that the matter had nothing to do with her, lamenting that it was the handiwork of some persons who were using him against her family.

She said that two years after her father died, somebody bearing his name filed a suit against her mum, two of her brothers, and the eldest male of her father’s family, saying he was a son of their father.

The judge said a Writ of Summons demanding that the body of her late father be exhumed for a possible DNA test by Fagboyegun’s lawyer was also served on her mum.

She added that Fagboyegun was only arrested after he invaded one of her father’s premises with thugs wielding cutlasses.

In response, Rotimi Akeredolu, state governor, directed the state’s attorney-general to investigate the allegation with a promise to be thorough and fair to all parties.

However, in the report, the attorney-general said the case started on the 15th day of March 2018, through the allegation made by one Ibrahim Abdullahi at the area commander’s office of the Nigeria Police Force, Owo, against Fagboyegun.

In his statement before the police, Abdullahi complained that accused locked up JOF Farms, Oke Ogun Owo, that was given to him to use through a license issued by the chief judge of Ondo State. He also stated that on his complaint to Akeredolu of the interference of Fagboyegun who claimed to be the son of Late Jide Fagboyegun (the father of Justice Akeredolu), the chief judge directed him to lodge a complaint of impersonation at the police station against accused while insisting that Fagboyegun was not a son of her father and not a member of Fagboyegun family.

The report stated that the police thereafter arrested Olupelumi Fagboyegun (52 years old as at 2018). In his statement before the police, the accused noted that his mother informed him that his real father was  Jide Fagboyegun, the father of Justice O. O. Akeredolu, and that he lived abroad and only returned to Nigeria after the death of his father. Fagboyegun noted that he went to stay at his father’s house at Owo where he was arrested by the police for forcible entry into his father’s house. He said he had met members of Fagboyegun family and Justice O.O Akeredolu on this issue of his paternity and Justice O.O Akeredolu said he was not a member of their family and had threatened him and his kids.

“The police, after taking statement from the Complainant, the Defendant and some members of Fagboyegun family charged the Defendant to Court in Suit No MOW/102C/2018 for Forcible entry thereby committing the offence of conduct likely to cause the breach of peace.”

Contrary to claims by the accused he had been in detention for the past three years, the report noted that “Olupelumi Fagboyegun was granted bail by the trial Magistrate since he was arraigned on 19th March 2018, and he is still on bail till date. It is untrue that he is under any form of custody.”

“That truly there was a change of Magistrate presiding over this matter on three different occasions. The following Magistrates have presided over the case (1.) S. O. Adedapo, (2) O. Aladeniyi. (3) O. W. Dosunmu and there was once a substitution of charge preferred against the suspect Olupelumi Fagboyegun upon which his plea was taken afresh.”

The report, however, added that criminal charge of conduct likely to breach peace had no link with the determination of the issue of paternity of Olupelumi Fagboyegun which was a civil action that could be resolved through a DNA test, noting that intra-family scrambling for the property of the deceased should not have been criminalised but settled through civil suits and alternative dispute resolution means.

The report also regretted that the trial of a case of conduct likely to breach peace, which was a misdemeanour (a simple offence punishable with 1-year imprisonment), had taken a period of three years in a magistrate court with summary jurisdiction.