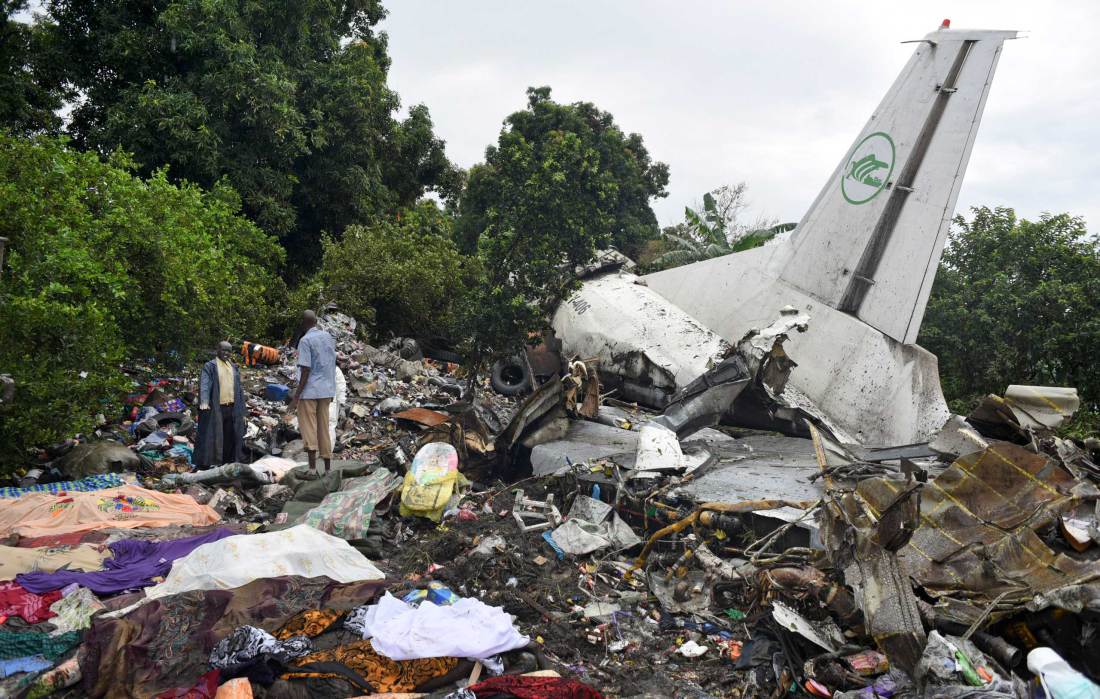 Advertisement
Advertisement
Share
Facebook
Twitter
WhatsApp
Email
Linkedin
Telegram
Pinterest
ReddIt
Print
LINE
Viber
— 1min read
An overloaded cargo plane on Wednesday crashed along the banks of the Nile River moments after it took off from the South Sudan’s capital, Juba, killing over a dozen people, witnesses and officials have said.
The number of people who died is not exactly known as some reports indicate that at least 40 people died while the CNN reported that only 18 or 19 persons were aboard the Antonov An-12 plane when it crashed.
Local residents said virtually all of those who died were on board the plane, which they say crashed into a farm plot in Juba, while other parts of the crashed plane were scattered on banks of the Nile.
An eye witness, Bashir Yashin, who saw the plane come down, said the plane initially nearly crash into a market area before the pilot apparently diverted it.
Another witness, Angelo Kenyi, said a child, who looked no more than a year old, and an elderly woman were pulled from the fuselage, both dead.
South Sudan Presidential spokesman, Ateny Wek Ateny, said the plane had been bound for the Paloich oil fields in Upper Nile state, adding that the Antonov plane crashed shortly after taking off.
Reuters also quotes Ateny as saying that at least two persons, including a crew member and a child, survived the crash but CNN has also reported that three people – two Sudanese passengers and a baby of less than 12 months –  survived the crash.
The Armenian foreign ministry is reported to have confirmed that five of the crew members, all Armenians, died in the air accident