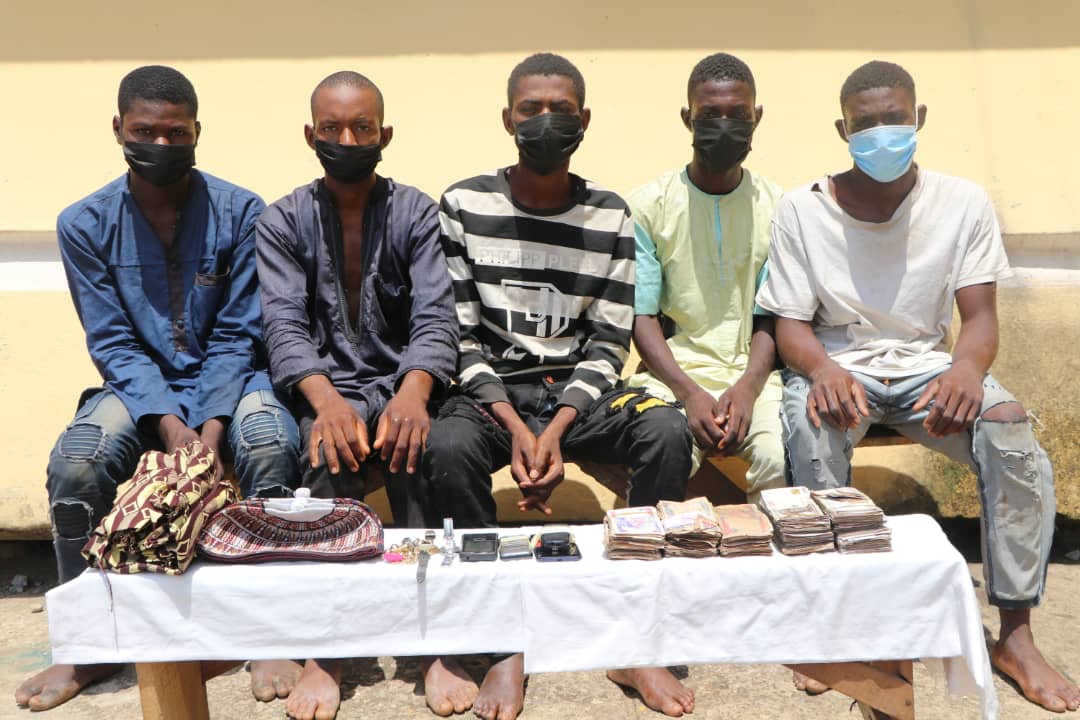 In a statement mailed to The ICIR on Sunday, the command’s spokesperson Mariam Yusuf, an Assistant Superintendent of Police (ASP), said the arrest followed intelligence reports.

The statement said operatives from the command’s Anti-Kidnapping Squad made the arrest.

According to the police, the suspects belonged to a notorious syndicate of kidnappers.

Iniobong Umoren: Why we are delaying prosecution of suspects – Police

The statement disclosed that the suspects confessed their involvement in recent abductions along the Bwari-Byzahin, Kuje-Kwali axis of the FCT and in parts of Niger State.

In the same vein, the command said it also arrested two suspects linked to kidnappings along the Tunga-Maje axis of the FCT.

The two suspects were identified as Lawal Abdullahi (25) and Abdul Alhassan (19).

The statement issued by the police said the suspects confessed that they threatened some residents of Tunga-Maje to pay ransom to avoid being kidnapped.

A mobile phone was recovered from the suspects.

The statement further disclosed that the suspects were to be arraigned in court upon the conclusion of investigations.

Residents were also told to report the conduct of police officers by calling the Public Complaint Bureau (PCB) number: 09022222352.

Meanwhile, more residents of the Kuje Area Council in Abuja have fallen victims to kidnappers.

An impeccable source, who did not wish to be named, told our reporter on Sunday that a public secondary school teacher was abducted in her home in the satellite community on Tuesday night.

Her abductors came in military uniform and whisked her away with her son.

“The kidnappers drove her into the bush for over an hour. They also made her trek for six hours. When she could no longer walk, they held her two legs and began to drag her on the ground.

“She later called on her relations to sell her house and all that she has to raise her ransom. Her family raised N2 million  between Wednesday and Thursday evening before she was released,” the source said.

The victim is currently receiving treatment at a medical facility in Abuja.

Another resident was also attacked in the community on Saturday night.

Men who dressed in military fatigues came to the woman’s home at midnight and butchered her, the source further disclosed.

Abuja has become a flashpoint for kidnapping in recent times.

Reports show that cases of kidnapping have been recorded in all the six area councils, with Kuje Area Council recording a higher number of incidents.

In January, gunmen kidnapped at least 10 people, including eight children, in an orphanage home at Abaji Area Council.

The ICIR reported in January the untold story of victims of kidnappings in the city.

The FCT police confirmed the abduction of 10 persons in Tunga-Maje, Gwagwalada Area Council, in September 2020.

In November 2020, The ICIR reported how the FCT police rescued 19 persons from a kidnappers den.

The victims were kidnapped at Pei-Leilei road along the Kwali axis of the FCT.

Also in November 2020, gunmen whisked away a Catholic priest from his residence at Yangoji in the Kwali Area Council.