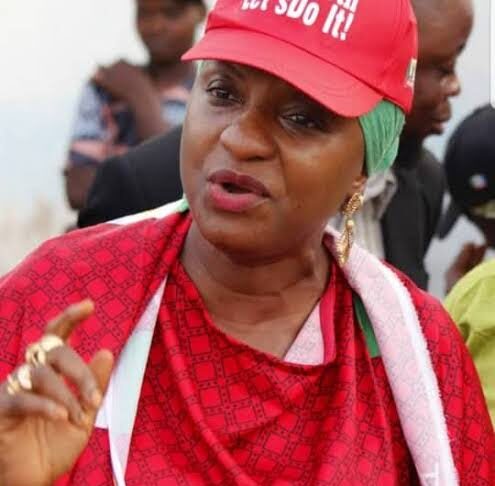 KWARA State Commissioner for Education and Human Capital Development Sa’adatu Modibbo- Kawu has resigned from her position with effect from Thursday to pursue her ambition in the next general elections.

She disclosed this at a media parley organised by the correspondents chapel of the state council of Nigeria Union of Journalists in Ilorin.

Sa’adatu said she swould be vying for the Ilorin East/Ilorin South Federal Constituency in the House of Representatives under the All Progressives Congress (APC).

She explained that she has submitted her resignation letter in line with the directive that political appointees seeking to contest for elective positions should resign.

The former commissioner said she took the decision having understood the challenges facing the people of her constituency, adding that if given the chance would address the issues.

Earlier yesterday, Kwara State governor Abdulrahman Abdulrazaq reminded political office holders aspiring for elective offices from the state to go through the new Electoral Act and not digress from what the law says.

He said, “I urge everyone to go through the new Electoral Act because ignorance is not an excuse in law. There are new provisions in the Act that are quite revolutionary. They could undo whatever efforts of any political party or candidates if we run foul of them.

“It is on this note that I send my best wishes to all our appointees who are leaving to contest for elective offices. That is in the spirit of Section 84 (12) of the Act. Whatever happens at the primaries, please remember that this is one family and everyone belongs in the room.”

The ICIR reported that the Secretary to the Government of Ebonyi State, Kenneth Ugbala, also on Thursday, resigned to pursue his senatorial ambition under the All Progressive Congress.

Ugbala announced the decision after a closed-door consultation with the Ebonyi All Progressives Congress(APC) Working Committee at the party’s secretariat in Abakaliki.

Usman Mustapha is a solution journalist with International Centre for Investigative Reporting. You can easily reach him via: [email protected] He tweets @UsmanMustapha_M