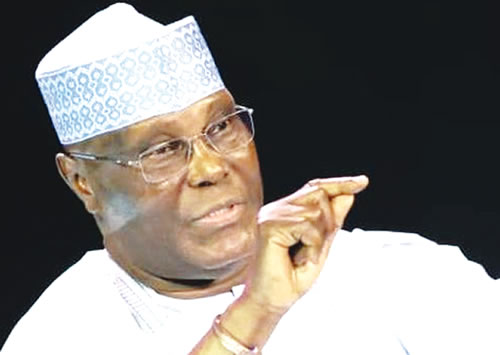 THE presidential candidate of the Peoples Democratic Party (PDP), Atiku Abubarkar, has stated that “the feeling of marginalisation” by the people of the South East geo-political zone was responsible for separatist agitations in the zone.

Abubakar told the party’s Southeast stakeholders at a meeting in Enugu on Tuesday September 27 that he would reposition the zone by restructuring the country so it could play key roles in the development of the country.

“We must tackle the feeling of marginalisation, which is providing excuse for the separatist agitations in this zone. National unity will benefit the people of this zone who need a wider platform to operate on.

“Restructuring that devolves power from the Federal Government and gives states the power to set their priorities is better for this zone than what we currently have,” he said.

The former vice president also said the Southeast zone was a key contributor to the economic activities in the country, stressing that any federal administration committed to reviving the nation’s economy and provide opportunities for its people must carry the Southeast along.

“I am a businessman and I know that businesses need supporting environments to thrive, and when they thrive, the country thrives,” he said.

Abubakar also expressed worry over insecurity in the country, as well as on the Monday sit-at-home order some elements imposed on the Southeast.

“Insecurity pervades the Southeast now as much as other zones, and without security, people cannot go about their normal businesses. I am aware of how the economy of this zone and the livelihoods of its people are being destroyed by the Monday sit-at-home being imposed by the small misguided youth from this zone.

“It is difficult to understand how you liberate a people by destroying their economy. This has to stop and we shall address all political grievances not just by words but by deeds,” he said.

In the midst of mass layoffs in tech companies globally, some Nigerian companies are...
Advertisement