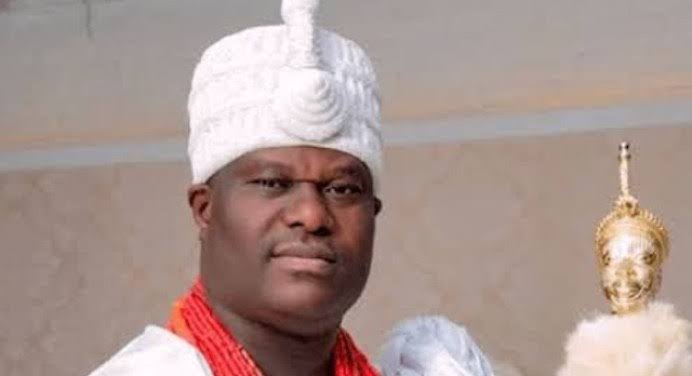 THE Ooni of Ife, Oba Adeyeye Enitan Ogunwusi, has said the intelligence unit of Nigeria’s security architecture might be faulty or “completely missing.”

The revered monarch stated this on his Instagram page today in reaction to some gunmen’s attack on St Francis Catholic Church, Owo, Ondo State, last Sunday, which resulted in the death of dozens of worshippers.

Catholic Diocese reacts to attack on worshippers in Ondo

Oba Adewusi alleged that the attack targeted turning the Yoruba nation into a war zone, saying the Yoruba people were ready to defend themselves against external aggression.

He recalled that the Owo attack occurred exactly a year after suspected herders killed, at least, over 20 people in Igangan, Ibarapa North local government of Oyo State, leaving many houses and the palace of the Asiganga burnt in the attack.

The king said, “What occurred yesterday was a gruesome massacre dastardly targeted at turning Yorubaland into a war zone. However, we, the descendants of Oduduwa, although peace-loving, cannot be overrun in our own homes. Do not be mistaken; we have the capacity and are prepared and ready to defend ourselves against all external invaders.”

Rather than be discouraged, the incident would bolster the resolve of the Southwest to deploy human resources and technology to protect lives and property, the monarch stated.

“I’m consulting with traditional rulers across the Southwest, alongside the governors across in the region, to come up with concrete plans to safeguard our people. We have deep obligations to them in the face of inadequate state security challenges that are threatening the fabric of our existence,” he said.

He urged the President Buhari administration and all governors in the country to live up to their oaths of protecting the citizens.

“When calamities like this befall us without a single trace, the interpretation is that the intelligence unit of our country’s security architecture is probably faulty or completely missing,” noted the Ooni.

He commiserated with the Olowo of Owo, Oba Ajibade Gbadegesin Ogunoye III, the Owo kingdom, the state governor, Oluwarotimi Akeredolu, the Catholic Church and the entire people of the state.

The Ooni has supported the formation of a regional security outfit, Amotekun Corps, which currently operates in all the Southwest states, except Lagos.

HEAVY security presence was observed despite a low turnout of passengers as the Nigeria...

FORMER Governor of Lagos state and presidential flagbearer of the All Progressives Congress (APC)...
Advertisement