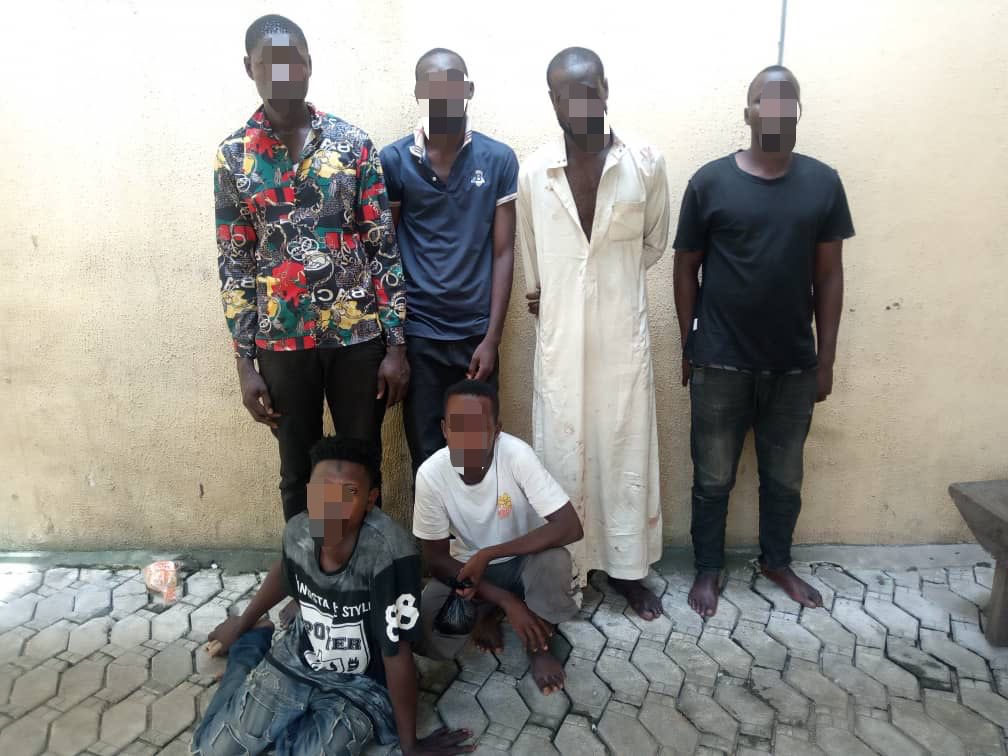 THE Lagos State Police Command has confirmed the arrest of six men who were apprehended for allegedly kidnapping an eight-year-old girl.

The development was confirmed by Lagos State Police Public Relations Officer Benjamin Hundeyin in a Twitter post on Tuesday.

The police spokesperson said the victim is the daughter of a Bureau de Change operator in the state.

Hundeyin added that investigations by the police have proved that all six kidnappers are colleagues of the victim’s father in the same district.

“These six conspired and kidnapped the eight-year&old child of a BDC operator.

“The child was released three days later bound hands and feet in a sack. Preliminary investigation reveals that all the suspects are fellow BDC operators in the same business district of Lagos, ” he tweeted.

He, however, stressed that the six suspects will be charged to court at the end of investigations.