REPORT: How a 65-year-old malaria patient was neglected, died at Kaduna Isolation centre 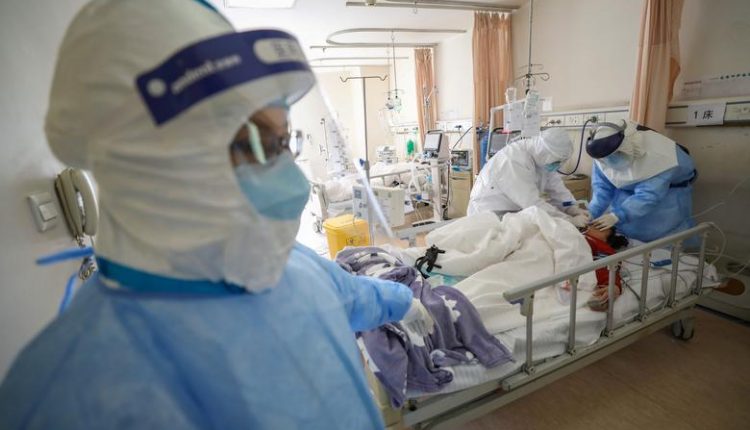 MARYAM,  a 65-year-old woman (not real name) fell sick on Monday, May 4, but there were little signs that she would die in a couple of days later.

And if anyone had told her son, Bulus that his mother had just 72 hours left and that the last moments would be traumatic, he would not have believed such a prophecy.

But the woman, a retired director at the Kaduna State Primary Health Care Agency, died on Wednesday at a Kaduna State isolation centre where she was taken because the nurses thought she had contracted the Coronavirus disease (COVID-19).

The news of her death threw the neighbourhood of Barnawa, Kaduna South Local Government where she lived into fear. For, many residents believed that the former nurse who was always in-door had died of COVID-19.

How it all began

Maryam, a mother of six, had a medical history of malaria typhoid, slight asthma, and pneumonia. And due to a road accident in the past, she had had a hip reconstruction surgery which limited her movement.

When she fell sick last week, Bulus took her for a test at a private hospital.

“The result came out that the malaria typhoid was very high,” he said.

By Wednesday afternoon, her condition did not get better although she was given treatment on Monday when she visited the hospital.

“So she went back to the same hospital which was Wednesday afternoon,” the son recalled.

A second test at the hospital revealed the malaria typhoid was still high and therefore another set of drugs was prescribed for her.

However, by 10 pm the same day, she had become so weak and was taken back to the hospital.

According to a WHO document on the procedure for handling patients suspected to having COVID-19, patients with moderate, severe and critical conditions and risk factors should be instructed to self-isolate and call COVID-19 hotline for emergency referral as soon as possible.

It also recommends hospitalisation for isolation (or cohorting) and inpatient treatment.

The guideline also requires that suspect COVID-19 cases should be tested according to diagnostic strategy.  Known risk factors for severe COVID-19, the WHO disclosed in the document included: age over 60 years, hypertension, diabetes, cardiovascular disease, chronic respiratory disease, immunocompromising conditions.

When she was taken to the hospital, Bulus said the family tried to stabilise her but the doctor insisted that she should be taken to isolation centre.

He maintained that his mother could not have contracted coronavirus because she was always in-door, but they later agreed to take her to the isolation centre just to be sure.

“We wanted to follow normal procedure since they have their equipment there,” Bulus said.

At about 11 pm, Bulus, in the company of the family doctor, arrived at the isolation centre with his mother in the car “conscious but weak.”

They were, however, shocked learning at the centre that the doctor on duty was not around.

While there were about five workers at the centre at that time, Bulus lamented that none of them came to bring his sick mother out from the car.

For almost three hours, the sick woman was in the car unattended to because the personnel at the isolation centre were scared of moving closer to her believing she had tested positive for COVID-19.

By this time, the son said it was already about 1 am and at about 2 am his mother died while he was struggling alone to carry her from the car into the isolation centre. There was no wheelchair or stretcher made available to take her inside the facility, and the health workers did not lend him helping hands.

He described the last moments of his mother as pathetic and traumatic as he watched her give up without support from the health workers.

“My uncle who is also a medical doctor came from Sabo GRA to join us at the Centre and the doctor on duty was not even around by then.  So when he came, I took the car near a room at the centre and I was panicking, asking the personnel there to come and pick her up.

“They were telling me to remove her myself from the car and the other guy was saying they could not do that,” he recounted his ordeal.

For him to be able to get his mother out of the car, Bulus said he was given a Personnel Protective Equipment (PPE) to wear.

“They brought the suit; she was a bit heavy but was still conscious. In the process of removing her, she was too heavy, I didn’t have enough support, and then there was no stretcher there, no wheelchair and in the process, she fell on the ground and gave up there,” he added.

This was contrary to the NCDC’s procedure for wearing PPE. The NCDC recommends risk assessment before donning the protective clothing.

“Risk assessment is critical for all activities,” NCDC said.

It explained that the choice and combination of  PPE  ensemble to be worn in dealing with COVID-19 patients should be based on a  careful risk assessment that considers the risk of exposure and extent of contact anticipated with respiratory droplets, blood, body fluids, and/or open skin.

None of these was observed by the personnel at the centre who gave Bulus PPE to wear in order to be able to evacuate his mother from the car.

But he would not forget the moment his mother laid lifeless on the bare floor of the centre outside for another 40minutes without the personnel moving an inch closer.

“And then they left her further for another 30 to 40 minutes on the ground there on the bare floor. They were not doing anything but just standing. There were about five workers there.”

After a nurse he had asked to give him a pair of gloves left it on the ground that he should pick, the doctor on duty arrived and disinfected her body.

“They disinfected her, covered her, the doctor on duty and two other guys and I assisted them to and put her in a body bag. We took her together with them to a room which does not look like a hospital room.”

Again in the room, she was taken to, her body was kept on the floor until it was conveyed to Barau Dikko Hospital Mortuary on Friday.

Her COVID-19 result and NCDC officials’ visit to the house

After Maryam’s  death, her sample was taken for COVID-19 test. The result was expected after five days.  While she was being taken away to the hospital and when the news of her death filtered to Barnawa, there was panic in the neighbourhood that she had died of COVID-19.

But on Saturday, May 9, the result of the COVID-19 test read negative.

Before that day, officials of NCDC had visited her home which also heightened panic in the area—to fumigate the house—which they ended not doing.

The WHO had noted in a document that human coronaviruses can remain infectious on surfaces for up to 9 days. It stated COVID-19 virus has been detected after up to 72 hours in experimental conditions. The world health body, therefore, recommended that cleaning the environment is paramount.

“There were people that were sitting outside, one of them brought hand sanitizer and then was dripping it in people’s hands because there were some people under the trees outside the house. They said we should disinfect the lock of the doors and surfaces with hand sanitizers and they left.”

On their part, Bulus explained that he and his siblings locked her room after disinfected it with Hypo and other substances.

Amina Mohammed Balori, Kaduna State Commissioner for Health, was not available for comments when contacted. Calls to her mobile phone were not answered, while text messages sent were not replied.

COVID-19: Only two per cent of global vaccination done in…