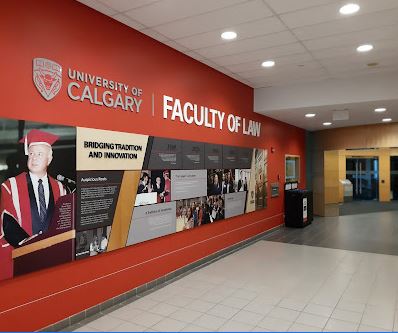 MIXED reactions have been trailing the announcement that all nine Master of Law graduands at University of Calgary (UCalgary) in Alberta, Canada, are Nigerians, with many analysing the geographic spread of the names that made it to the list.

A Dean at the institution Ian Holloway, tweeted: “This is cool. We have 9 students graduation with their LLMs today. All are Nigerian!”

While there has been an outpouring of congratulatory messages from Nigerians on social media, the published list of graduands led to a tribal debate as Nigerians noted that while the Yoruba, Igbo and Itsekiri ethnic groups were represented, the north which is the dominant group across various leadership positions in the country, was not represented on the list.

“I didn’t see any Hausa name here,” @jeremiahunaegbu said. “Yet they rule us and dictate what happens in the economy of Nigeria. These merit is nothing to me if you can’t use it to make a change we need in Nigeria. Its high time position is acquired by merit in Nigeria”.

In the same vein, @duckieworld1 wrote: “I can bet you that this list is not related to government own funding. Otherwise some names would be the dominating ones. But since it is self-funding or scholarship based on merit they are completely missing. Go check out the list of PTDF, Bilateral or FG scholarship and see”.

Many also wondered if the graduates would be willing to use their talents to reposition the country or whether the ruling class would give them the opportunity to do so.

“Nigerians excelling everywhere, hoisting the flag of greatness, expanding the frontiers of knowledge, replicating the greatness within,” @nnanyi_joe tweeted.

Another user @lionessola wrote: “Great win for them and testament to the hardwork, grit and determination. Hurray!!! Also huge win for Canada! Again, Nigeria’s loss. Sadly.”

Nigeria continues to lose revenue and talent as its educational sector deteriorates due to lack of a strong political will and poor funding, among other factors.

Academic activities in most public tertiary institutions have been grounded since February as a result of a face-off between the Academic Staff Union of Universities (ASUU) and the Federal Government, and an increasing number of Nigerians are opting for private or foreign universities.

The institution has 14 faculties offering more than 250 academic programmes including medicine, law, and engineering.