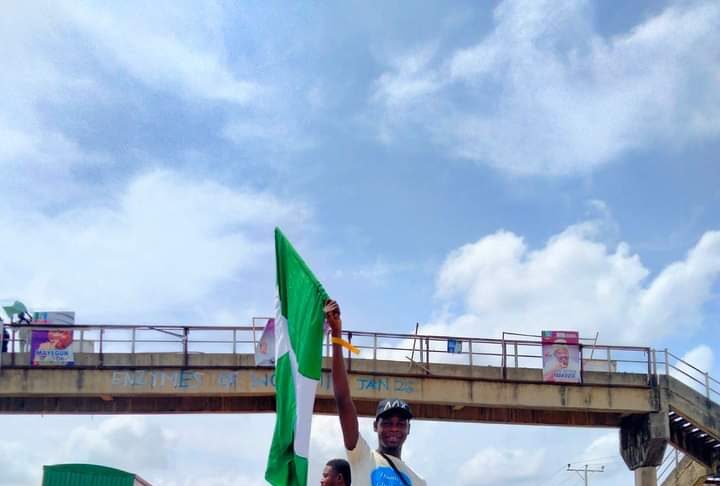 No response yet from government, strike continues, ASUU says

STUDENTS of the Obafemi Awolowo University (OAU), Ile-Ife, on Thursday staged a protest against the ongoing strike by the Academic Staff Union of Nigerian Universities (ASUU).

The students, who converged in different sections of the town, also blocked the Ife/ Ibadan expressway, halting the movement of vehicles.

They also blocked the Lagos-Abeokuta expressway.

UPDATED: ASUU warning strike ends May 9, next line of action not clear

Armed with various placards, the protesters asked the Federal Government to accede to lecturers’ demands so that university students can return to school across the country.

Some of the inscriptions on their placards read: “Federal Government has failed Nigerian students”, “It is high time the Federal Government grant requests of our lecturers”, “Our educational programme is now in comatose”, “Fund Education Now”, and “Education is not a Scam”.

Speaking, one of the protesters who identified himself as Adeyanju Afolabi lamented that the strike had crippled academic activities.

Afolabi also lamented that some students were already engaging in criminal acts due to the idleness occasioned by the strike.

He noted that students of the institution would not retreat in fighting for the right of their striking lecturers.

Meanwhile, President Muhammadu Buhari has appealed to the striking lecturers to call off the strike the almost three months strike.

He also urged the National Association of Nigerian Students (NANS) to exercise patience, and assured that the government will resolve the crisis.

ASUU had embarked on a four-week warning strike on February 18, 2022 to demand funding of the Revitalisation of Public Universities, Earned Academic Allowances, University Transparency Accountability Solution (UTAS) and promotion arrears.

Other demands include the endorsement of the renegotiated 2009 ASUU-FGN agreement, which it said was concluded in May 2021; release of the reports of visitation panels to federal universities, and distortions in salary payment challenges.

On March 14, 2022, the union announced that it would continue its roll-over strike for another eight weeks to enable the Federal Government address issues in concrete terms.

The ICIR reported that ASUU extended the strike by three months on Monday.